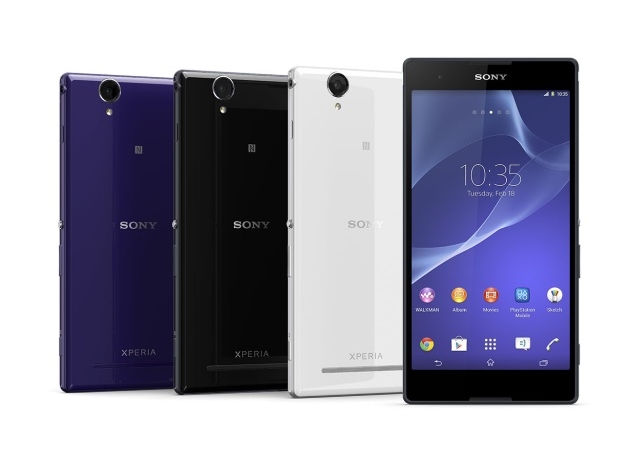 The Xperia T2 Ultra and Xperia T2 Ultra Dual are identical in terms of specifications, except that the latter features an extra SIM card slot in addition. The phablet features a Sony's 6-inch Triluminos display with Mobile Bravia Engine 2 and offers a resolution of 720x1280 pixels. It is powered by a 1.4GHz quad-core Snapdragon (Qualcomm MSM8928) processor coupled with 1GB of RAM. The Xperia T2 Ultra comes with 8GB of inbuilt storage, which can be further expanded via microSD card (up to 32GB).

The Sony Xperia T2 Ultra sports a 13-megapixel rear camera with Exmor RS for Mobile, and also houses a 1.1-megapixel front-facing camera with an Exmor R sensor. It packs a 3000mAh battery with battery Stamina Mode, which is rated to deliver up to 1056 hours of standby time and up to 14 hours of talktime on 2G networks.