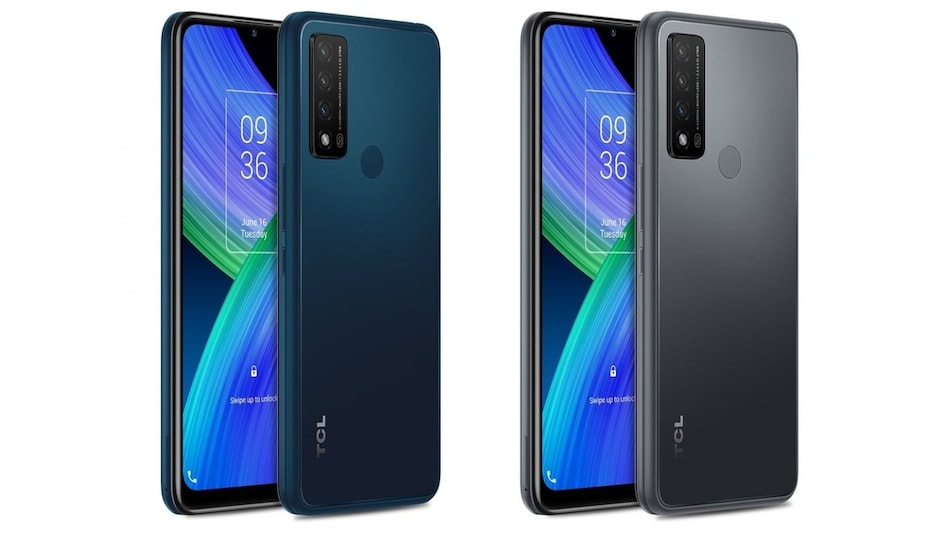 TCL 20 R 5G has been launched as an affordable 5G smartphone in the TCL 20 lineup. The smartphone has been introduced in some European markets and there is no information currently about its arrival in other markets including India. The TCL 20 R 5G is powered by a MediaTek Dimensity 700 SoC paired with 4GB of RAM. It gets a triple rear camera setup and a fingerprint sensor at the back. The smartphone will reportedly ship with Android 11 and will be upgraded to Android 12 in the future.

As per a report by the Dutch website Android Planet, the TCL 20 R 5G is priced at EUR 179 (roughly Rs. 15,600) in the Netherlands and will be available to purchase starting October. The TCL smartphone is said to come in Black and Blue colour options.

The TCL 20 R 5G reportedly runs Android 11 out-of-the-box and will get the Android 12 upgrade in the future as well as three years of security updates. It sports a 6.52-inch HD+ (720x1,600 pixels) display with a 90Hz refresh rate, a 180Hz touch sampling rate, and TCL's NXTVISION display technology. Under the hood, it is powered by a MediaTek Dimensity 700 SoC that is paired with 4GB of RAM and 64GB of onboard storage — expandable via a microSD card.

For optics, it gets a triple rear camera setup with a 13-megapixel primary sensor and a 2-megapixel depth sensor as well as a 2-megapixel macro sensor. Its unspecified selfie camera is placed in a waterdrop-style notch. TCL 20 R 5G gets a 4,500mAh battery. As per the Android Planet report, the smartphone does not come with fast charging support and will take approximately 3.5 hours for a full charge.

As for the design, the TCL 20 R 5G's rear camera setup is placed in a rectangular housing and its fingerprint sensor is also placed at the back. The display gets thin bezels and a slightly thicker chin. The volume rocker and the power button are housed on the right spine of the smartphone. The bottom gets a USB Type-C port and a speaker grille.