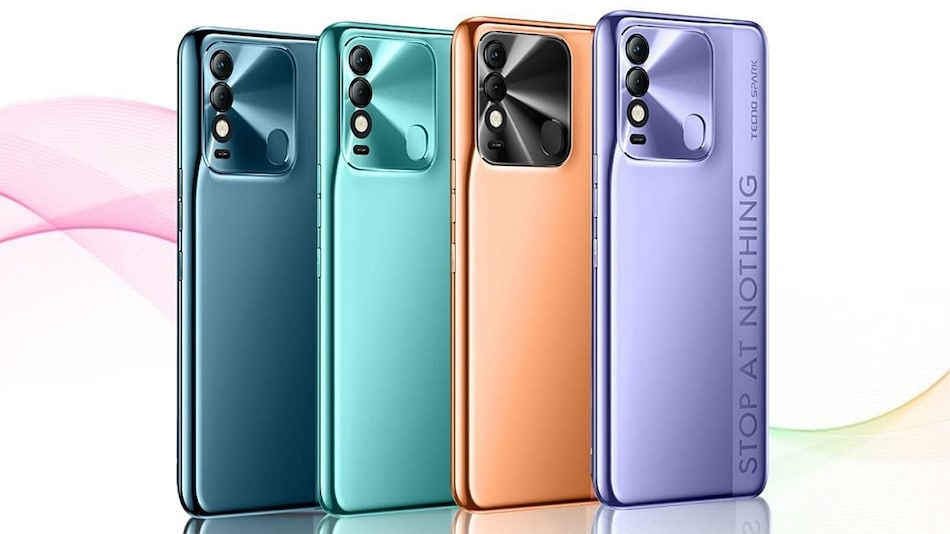 Tecno Spark 8T launch date is set for December 15, and the specifications for the upcoming smartphone have now been revealed. The upcoming Tecno handset has been spotted on an Amazon landing page, which shows off the smartphone's design, along with its specifications. The smartphone will sport the MediaTek Helio G35 SoC, along with a 50-megapixel dual rear camera, a 6.6-inch full-HD+ display, and a 5,000mAh battery.

The smartphone features a 6.6-inch full-HD+ (1,080x2,408 pixels) display with a pixel density of 401ppi and a maximum brightness of 500 nits. The display also houses an 8-megapixel front-facing selfie camera with an f/2.0 aperture. Tecno Spark 8T is also equipped with a 5,000mAh battery and the company is touting 38 days of standby time and up to 11 hours of video playback on the smartphone.