Vivo Y73 could be backed by a 4,000mAh battery that supports 33W fast charging. 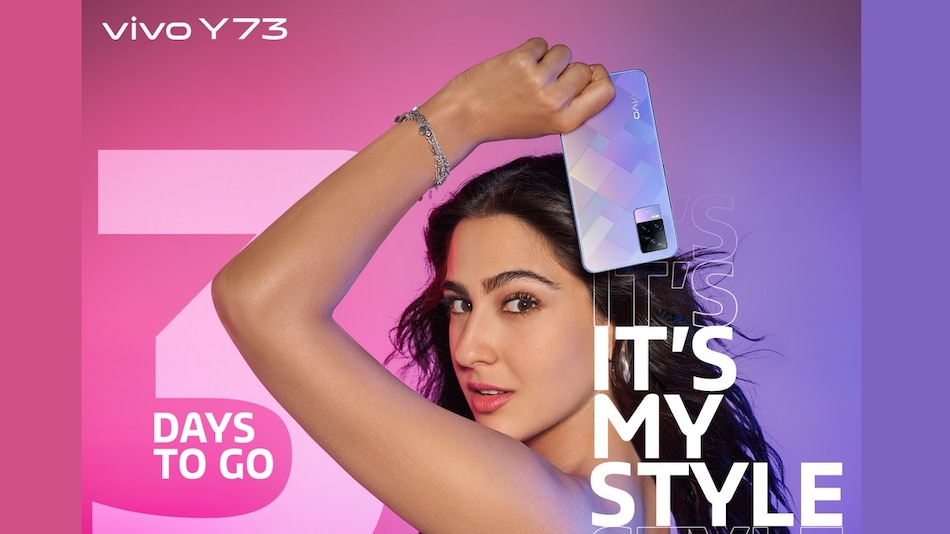 Vivo Y73 will pack three cameras on the back

Vivo Y73 is set to launch in India on Thursday, June 10 at 12pm, the company has announced on Twitter. Vivo has already shared the design of the phone and all of its specifications have purportedly leaked in the last few weeks. The Vivo Y73 will come with a triple rear camera setup and two colour options. It will sport a notch for the selfie camera, which is to be expected from a budget-friendly phone such as the Vivo Y73. Additionally, an unboxing video of the phone has gone live on YouTube that shows a hands-on of the phone along with its specifications.

Vivo India took to Twitter to share that the Vivo Y73 will launch on June 10 at 12pm (noon). As of now, it is unclear if there will be a livestream for the launch or if it will simply be listed online. The tweet comes with an image showing the back panel of the phone featuring a triple rear camera setup. Besides this, no other details have been officially shared.

Last week, known tipster Yogesh shared all the specifications of the Vivo Y73, which have now been verified, albeit unofficially, by the recent unboxing video.

Connectivity options on the Vivo Y73 may include 4G, dual-band Wi-Fi, Bluetooth v5, and a 3.5mm headphone jack. An in-display fingerprint scanner is expected as well. The Vivo Y73 could be backed by a 4,000mAh battery with support for 33W fast charging. In terms of dimensions, it could measure 161.24x74.3x7.38mm and weigh 170 grams.

As mentioned, these specifications have been leaked via multiple sources and have not been shared by Vivo.