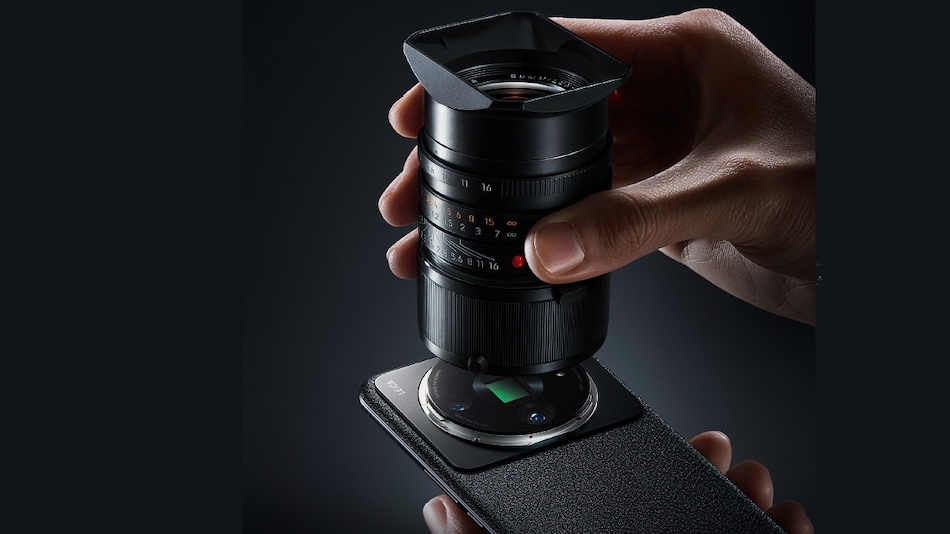 The Xiaomi 12S Ultra Concept was showcased by Xiaomi on Wednesday in a video via its official Weibo handle. The new device comes as a joint effort between Xiaomi and Leica and allows to attach a Leica M-series lens module to the phone.

As per the video, the Xiaomi 12S Ultra Concept has two 1-inch sensors. The secondary lens is installed at the centre of the image field and can receive light directly from the external lens. It is claimed to reduce light loss while capturing sharp images. The surface has a sapphire glass coating to protect it from scratches and can be customised with Leica M-series lenses.

The Concept model is claimed to support focus peaking, zebra lines, histograms, and other common tools, and is capable of shooting 10bit RAW format files. Xiaomi hasn't revealed many other details including the specification of the upcoming device. We can expect more teasers about the Xiaomi 12S Ultra Concept in the coming days.

Xiaomi 12S Ultra with Leica optics was introduced earlier in July this year. It features a 6.73-inch 2K (1,440x3,200 pixels) AMOLED micro-curved display with up to 120Hz refresh rate. The display has Dolby Vision and HDR10+ support with the phone using second-generation LTPO technology for enabling an energy-efficient display viewing experience.

The smartphone is powered by the octa-core Snapdragon 8+ Gen 1 SoC, along with up to 12GB of LPDDR5 RAM. It has a triple rear camera setup that houses a 50-megapixel 1-inch Sony IMX989 primary sensor with optical image stabilisation (OIS) support. The camera setup also includes a 48-megapixel camera sensor that is available under a periscope-shaped lens and a 48-megapixel ultra-wide shooter. The rear camera setup also includes laser autofocus and is paired with an LED flash module. Further, there is a 32-megapixel selfie camera sensor at the front. Up to 512GB of UFS 3.1 storage, an in-display fingerprint sensor, 4,860mAh battery that supports 67W wired and 50W wireless charging, are some of the other key specifications of the phone.

Google Pixel 7 Pro Clears JerryRigEverything Durability Test, While Suffering Significant Bending
Tech Mahindra Supports Moonlighting as It Is a Digital Company and Not a Legacy One, CEO Says