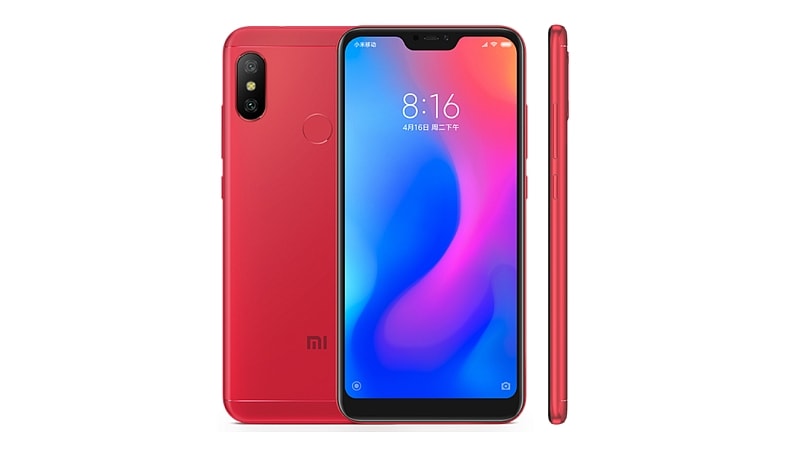 Xiaomi Redmi 6 Pro was launched in China late on Sunday evening. The Redmi 6 Pro boasts a 5.84-inch 19:9 display, dual rear cameras, an octa-core Snapdragon 625 SoC, a 4000mAh battery, a dedicated microSD card slot, as well as AI face unlock, beautification, portrait, and voice assistant features. The Redmi 6 Pro also bears a iPhone X-style notch in its display, a first in the Redmi series from the company, but the rest of the styling is similar to the Redmi Note 5 Pro. Alongside its latest budget smartphone, Xiaomi on Sunday also launched the Mi Pad 4 tablet.

The Redmi 6 Pro sports a dual rear camera setup, with a 12-megapixel primary sensor featuring 1.25-micron pixels, an f/2.2 aperture, PDAF, LED flash, apart from the 5-megapixel secondary sensor. It sports a 5-megapixel front camera, with AI Portrait mode and HDR. It has a fingerprint sensor on the rear panel.