iQoo Z5 Review: A Decent Step Up, but Not a Big Leap

The iQoo Z5 takes care of the Z3’s shortcomings, but with a higher base price. Does it offer enough value in terms of overall performance? 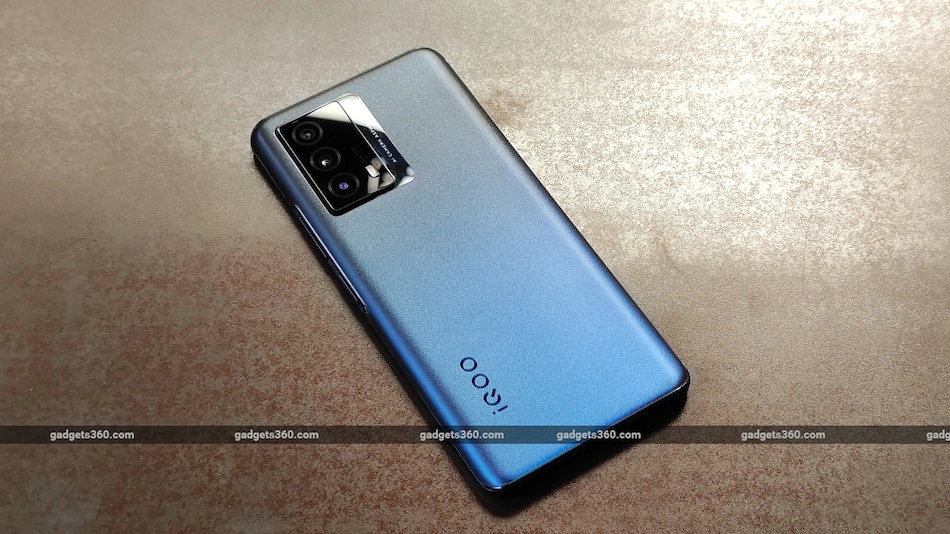 On paper, the iQoo Z5 does not seem like a massive improvement over the previous model in this series, the iQoo Z3. There's no AMOLED display like on competing smartphones at around the Rs. 25,000 price point, and its cameras remain similar to what was offered on the Z3. However, its price is a bit higher – the base variant retails at Rs. 23,990. So is the new iQoo Z5 worth your money, or are there better smartphones out there that offer more for less? Let's find out.

The iQoo Z5 is a step up from the Z3 in terms of design. The soft finish on the previous model's back panel has been replaced by a frosted texture, which does an excellent job of resisting fingerprints and did not slip out of my hands either. The camera module has grown in size to a rectangle with rounded corners, and it protrudes very little from the rear surface. The back panel and frame are made of plastic, but this phone felt solid. The colourways are more subtle this time around. There are two of them – Mystic Space and Arctic Dawn – and both look quite mature and elegant. I received a Mystic Space unit for review, and it shifts between dark blue and black when viewed from different angles.

The iQoo Z5's back panel and frame are made of plastic

This phone does not appear too chunky at 8.5mm, and does not feel too heavy at 197g. There is a 6.67-inch full-HD+ LCD panel with a hole-punch camera cutout at the top. While the borders at the top, left and right felt adequately thin, the one at the bottom is quite thick. There is a 3.5mm headphone jack, and it's located at the top of the smartphone.

The iQoo Z3 debuted Qualcomm's Snapdragon 768G processor in India, and the Z5 gets the updated 778G SoC. This updated processor has been manufactured using a 6nm fabrication process and runs at a maximum clock speed of 2.4Ghz, which is lower than the 768G. However, it has an integrated Adreno 642L GPU, which is clocked at 750MHz, rather than the 450Mhz Adreno 620 GPU on the older 768G.

The phone is offered with 8GB or 12GB of LPDDR5 RAM and 128GB or 256GB of UFS 3.1 storage. Communication standards include 5G radios (limited to n77/n78 bands only), dual-band Wi-Fi ac, Bluetooth 5.2, and support for the usual satellite navigation systems. The phone has a dual-SIM tray and there's no microSD card slot for storage expansion. It packs in a 5,000mAh battery which can be charged with the bundled 44W charger.

The iQoo Z5 runs Funtouch OS 12, which is based on Android 11

The iQoo Z5 features Vivo's Funtouch OS 12, which is based on Android 11. Just like the premium Vivo X70 Pro+, the Z5 also gets the widgets treatment, and you can read about it in detail here. The animated widgets work as expected but are not too deeply integrated with either native or third-party apps. They are still fun to use. The rest of the software looks similar to FunTouch 11 and appears fluid thanks to the 120Hz refresh rate display.

While the LCD screen works fine given its price, I did notice a mild yellow hue at the bottom end of the panel. Sunlight legibility is excellent and viewing angles are good as well. The 6.67-inch 20:9 ratio display makes reaching out for things is a bit of a stretch. Vivo claims that its display is HDR 10 compatible, but I did not find support for this in most OTT apps including Netflix and Amazon Prime. However, the Z5 does still make for a good video streaming device, thanks to its stereo speakers, which sounded loud and clear.

What I did not like about the display is that it's a smudgy mess. The smartphone has a pre-applied screen guard. Peeling this off left a layer of residue behind, which made it sticky and did not let my fingers glide over it especially when playing games. After a gaming session, that Panda glass was a smudgy mess and was hard to clean.

The Qualcomm Snapdragon 778G did not disappoint in our benchmark tests. The phone's scores were on par with those of the competition, managing 5,66,151 points in AnTuTu, and 760 and 2,802 points in Geekbench's single and multi-core tests respectively.

The iQoo Z5's power and volume buttons sit on the right

Since this is a gamer-centric smartphone, there's also ‘4D game vibration', which can be activated in the Ultra Game Mode menu or in the game sidebar. It did not work as expected, sending out jarring vibrations that were either too late or didn't make any sense, and I found this distracting at best.

Battery life with the 4,400mAh battery on the iQoo Z3 was quite good, and iQoo has improved things drastically with the iQoo Z5. This phone has a higher-capacity 5,000mAh battery which easily lasts a day and a half with regular use. The phone managed an impressive 21 hours and 57 minutes in our HD video loop battery life test. The slightly slower 44W charger that comes in the box still charged the phone from a dead battery to 100 percent in 1 hour and 10 minutes, which is not bad. In short, iQoo's move of sacrificing faster charging for a longer-lasting battery seems to have paid off.

The iQoo Z5 features three rear-facing cameras – a 64-megapixel primary, an 8-megapixel ultra-wide-angle, and a 2-megapixel macro camera. Selfie duties are handled by a 16-megapixel front-facing camera. The camera app interface is pure Vivo, and all important controls including a toggle for the macro camera are just a tap away. The camera modes are also customisable. Video recording maxes out at 4K 30fps for the rear cameras, while the front-facing one is limited to 1080p video at 30fps.

Photos taken in daylight showed colours that were a bit saturated, with some mild purple fringing in the brighter areas. While they looked decent at first glance, it was easy to tell that these photos are low on resolved detail after magnifying them just a little. Selfies came out fine with good dynamic range, but edge detection in Portrait mode was average.

Photos taken with the ultra-wide-angle camera were passable and had blurry details towards the edges of the frames. The macro camera with its fixed 4cm focal length is not easy to use, and the output mostly ended up looking dramatic with lots of oversharpening. I preferred close-up shots taken with the primary camera instead.

Just like with the iQoo Z3, low-light image quality of the Z5's cameras wasn't great. Photos taken in low light showed murky details and lots and blotchy textures. Switching to Night mode did not help, this only added more contrast to the image and nothing else. Selfies shot in low light fell short of detail and looked quite soft, and edge detection was below average.

Videos shot in daylight came out with a steady frame rate and offered good stabilisation, but the Z3 could not handle bright scenes and tended to overexpose them. Oddly, I did notice a light shimmer effect when walking even in daylight. In low light, details were on the lower side. Stabilisation was quite good, but the frame rate was a bit choppy. The shimmer effect was visible in low-light footage as well. 4K video recorded when walking looked very jittery.

While the iQoo Z3 with its sub-Rs. 20,000 starting price seemed to offer good enough value for money, the same cannot be said about the Z5, because its base price is Rs. 23,990 in India. The iQoo Z5 does offer some improvements over the iQoo Z3 (Review), namely stereo speakers, a bigger battery, and a newer processor, but that isn't enough to take on other popular phones that cost around Rs. 25,000.

iQoo does officially plan to pull the plug on the Z3, but it's still on sale at as little as Rs. 17,990 (6GB RAM + 128GB storage) online for now. The Z5 in comparison, is not a big enough step up in terms of overall performance and does not offer enough value. There are better smartphones available from the competition at similar prices.

From a hardware standpoint you do get the powerful Snapdragon 778G SoC, 8GB of RAM and 128GB of storage, but the competition includes the Realme GT Master Edition (Review) which offers similar specifications with a much better Super AMOLED display, good camera performance, and 65W fast charging, for Rs. 25,999. Gamers might prefer the Poco F3 GT (Review) with its maglev triggers, RGB lighting, and bigger battery, even if it is priced a bit higher, starting from Rs. 26,999.