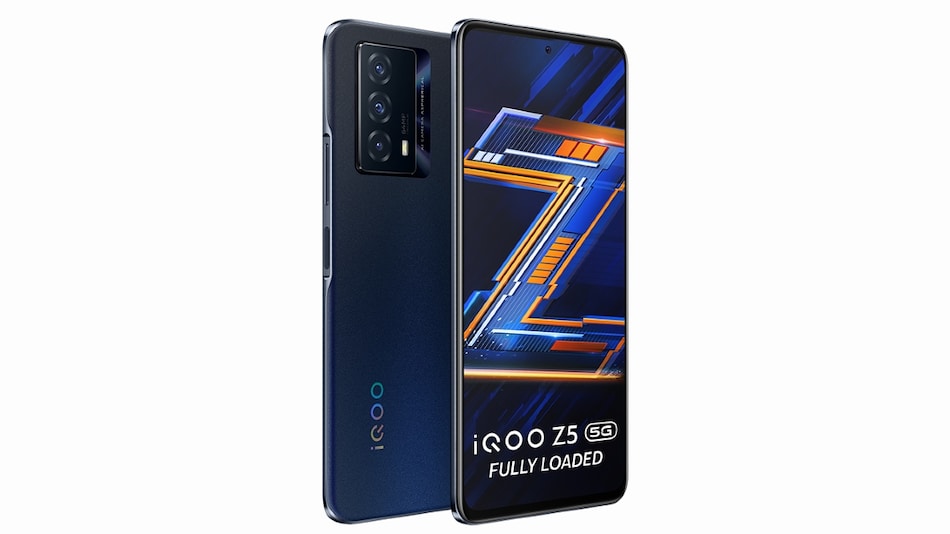 iQoo had previously launched the base iQoo Z5 in India with a 5,000mAh battery

iQoo Z5 handset spotted on the TENAA certification site, bearing the model number V2188A, is said to be a new variant of the phone. The listing has also tipped several key specifications of this handset, including its camera setup, storage configurations, dimensions, and more. There have been rumours that iQoo might unveil a new iQoo Z5 model with a 6,000mAh battery on Friday, May 20. However, the Vivo-owned company has remained tight-lipped regarding this rumoured smartphone. Last year, iQoo debuted the iQoo Z5 in India in September.

For optics, the new iQoo Z5 model is expected to feature a dual rear camera setup, including a 50-megapixel primary sensor and a 2-megapixel depth/ macro sensor. There could also be a 16-megapixel selfie shooter on the front. The handset is listed to house a 5,880mAh battery, which is expected to be bumped up to 6,000mAh for the final release. Recently, the tipster Digital Chat Station had suggested that this smartphone could support 44W fast charging. Another report has suggested that iQoo might launch this smartphone in China on Friday.

To recall, iQoo launched the iQoo Z5 in India in September last year. Under the hood, this phone packs a Qualcomm Snapdragon 778G SoC, a 6.67-inch full-HD+ (1,080x2,400 pixels) LCD screen, up to 12GB of RAM, and up to 256GB of storage. The smartphone has a triple rear camera setup headlined by a 64-megapixel sensor. There is also a 16-megapixel selfie camera on the front. It packs a 5,000mAh battery that offers support for 44W fast charging. This handset was launched in India with a starting price of Rs. 23,990.