Sony Xperia C5 Ultra Dual is the third 'Ultra' device to have launched in India. Sony introduced the moniker with the Xperia Z Ultra, which was a flagship-level device in terms of specifications, but had a screen that was almost tablet-like as far as the size is concerned. The device got good reviews, though it was perhaps a little ahead of its time as far as people's comfort with huge phones is concerned, and in the end, perhaps just a little bit too big for its own good.

With the next member of the series, Sony toned things down a bit with the launch of the Xperia T2 Ultra Dual, which had a 6-inch display. Sadly, the rest of the specs were watered down as well. The T2 Ultra was a mid-ranger at best in terms of specifications; a correction that diverged a bit too far from the Xperia Z Ultra.

In that sense, the Sony Xperia C5 Ultra Dual, which was announced in August this year, seems to strike the right balance between size and specifications while still living up to the 'Ultra' moniker. A little over two years after the Xperia Z Ultra was launched, how will Sony's latest attempt perform in the real world? Let's find out.

In terms of build quality, we have no complaints about the Sony Xperia C5 Ultra Dual. Our white review unit had a glossy back finish, which is also the case with the other two colours the phone is available in - Black and Soft Mint. The glossy back means the phone is a little prone to smudges, but they aren't really noticeable until you look carefully, at least on the white version. Though plastic and glass dominate most of the back and front, the Sony Xperia C5 Ultra Dual is built around a metallic frame, with plastic corners ostensibly to allow for better antenna performance.

In terms of the layout of ports, there's nothing extraordinary here, which is good. The 3.5mm audio port sits on the top of the device, with the Micro-USB port and microphone making their presence felt at the bottom. The left has a cover that can be pulled out to reveal the distinct microSD and dual Nano-SIM trays. The Sony Xperia C5 Ultra Dual comes with on-screen Back, Home, and Application Switcher buttons.

The most striking part of the right is the signature metallic, circular power button placed slightly above the halfway mark. There's a volume rocker right below that, followed by the dedicated camera button towards the bottom. There's a Sony logo right above the display, with a notification LED to its left, and the 13-megapixel selfie camera and a LED flash to its right. The back is pretty symmetrical, with six centre-aligned elements - the rear camera, LED flash, and a noise-cancelling microphone followed by three logos.

The phone is obviously big overall, but even those with medium-sized hands shouldn't have trouble holding the device. We needed to shift our grip to reach the upper regions of the screen, which is no surprise given the size of the display. Overall, the design of the Sony Xperia C5 Ultra Dual is quite comfortable and ergonomic for a device of its size.

The Sony Xperia C5 Ultra Dual comes with a 6-inch full-HD display, a welcome improvement over the Xperia T2 Ultra dual, which had a 720p panel which just doesn't look good when scaled up to this size. The screen goes edge-to-edge on the left and right, which explains how Sony has been able to make the C5 Ultra narrower than the T2 Ultra and still maintain the same display size.

By default, the colours on the display of the Xperia C5 Ultra Dual are rather neutral - some may even call them boring - but you can choose between the Mobile BRAVIA Engine 2 and the Super-vivid mode options from the settings to find a colour gamut that's more to your taste. You can manually adjust the white balance as well, if you are into that kind of stuff. The display has good viewing angles and is sufficiently bright, though you may find yourself manually adjusting the settings to see things at maximum brightness.

Software and performance
The Sony Xperia C5 Ultra Dual is powered by a 1.7GHz oct-core MediaTek MT6752 SoC along with 2GB RAM. It comes with 16GB of internal storage, out of which almost 9GB is accessible by users. Pre-installed apps include Chrome, Facebook, News from Socialife, BIGFLIX, OfficeSuite, AVG, Jive, Real Football and File Commander amongst others, though a majority of these apps can be uninstalled to get more free space. You can get up to 200GB of additional storage via the microSD slot.

The Xperia C5 Ultra Dual runs Android 5.0 Lollipop with Sony's own skin on top. Sony has added some useful features keeping in mind the extra real estate on offer on this big phone. For example, you have 'small apps', the company's take on floating apps that can run on top of other apps. You can choose from a bunch of pre-installed small apps, download more from the Play Store, or run your favourite widget as a small app. Sony has also tweaked some parts of the UI for easier operation with one hand (see screenshots below).

Note how the keypad has shifted to the left to make it a little easier to reach the keys when holding the Sony Xperia C5 Ultra Dual in your left hand. Tap the arrow to shift it towards the right.

The Sony Xperia C5 Ultra Dual had no problems playing a full-HD video file encoded at a high bitrate, and games like Asphalt 8 ran without any hiccups or dropped frames. We played the game for over 20 minutes at a stretch, and while the phone got noticeably warm, overheating was never really a concern. The phone comes with 4G support and is compatible with the LTE networks deployed in India so far.

We faced no issues in terms of call quality, though the loudspeaker sounded rather tinny, especially relative to the overall size of the device. The Sony Xperia C5 Ultra Dual comes with FM radio and USB OTG support. Thanks to the large screen, the on-screen keyboard feels well spaced out, which, combined with the good default keyboard, means the overall experience is amongst the best we've had while typing on glass.

Camera and battery life
The Sony Xperia C5 Ultra Dual has a 13-megapixel rear camera, which is not uncommon these days. However, the phone's front camera also sports the same resolution, which is a number that's been touched only by a handful of phones. For all its struggles in the smartphone business, Sony phones have traditionally been known for their good cameras - something that's backed up by the fact Sony's camera unit supplies sensors to some of the world's top smartphone manufacturers including Apple - and the Xperia C5 Ultra Dual is no exception.

The rear camera takes good-looking pictures with largely accurate colour reproduction when there's ample light, but the amount of detail captured could have been improved. While initially we weren't entirely happy with the low light performance of the camera, we received a software update (build 29.0.B.1.55) during the time we spent with the device which seemed to bring improvements on this front. 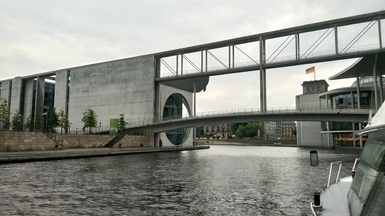 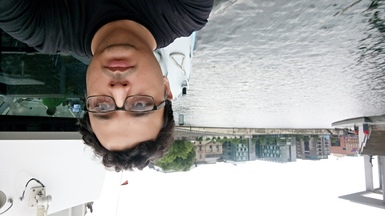 Coming to the monstrous selfie camera, it's safe to say that the images captured by it are amongst the best we've seen from a front shooter. Video captured by the front and rear cameras was of average quality. As far as the software is concerned, the camera app that ships on the Xperia C5 Ultra Dual is the one we've seen on other Xperia smartphones as well. It comes with some pre-installed modes and you can extend its capabilities by downloading more modes. The app has enough to keep everyone happy - those looking for stress-free clicking, and even people who desire a bit more control over their pictures.

The performance of the Xperia C5 Ultra Dual in our battery video loop test was average, with just under 8 hours of playback time. In terms of real world usage, we had no problems getting through our work days on a single charge. This anomaly is not uncommon with big-screen phones, which tend to underperform in test scenarios that require the display to always be on, but there's potential to do better in real world scenarios where display is off a lot of the time.

Verdict
Overall, it's hard to find a much wrong with the Sony Xperia C5 Ultra Dual. It's amongst the best big screen phones we've come across. The phone was launched in India with a price tag of Rs. 29,990, though it is now available in the market for slightly less. If you are looking for a 6-inch phone, you have other options such as the Asus Zenfone 2 ZE601KL and the Gionee Elife E8 which can be seen as direct competitors to the Sony Xperia C5 Ultra Dual.

The Elife E8 is a flagship device, with more features and a higher price tag. The Zenfone 2 ZE601KL is more affordable than the Xperia C5 Ultra Dual, but it hasn't started shipping in India yet. Further, we haven't reviewed either of those phones yet, so it's difficult to comment on their relative merits and demerits as compared to the Sony Xperia C5 Ultra Dual. The Lenovo Phab Plus, which comes with a staggering 6.8-inch display, is another big screen device that's been announced for the Indian market.

There are some other old 6-inch devices still available in the market that you could consider, though none of them can be seen as directly competing with the Xperia C5 Ultra Dual, which is a fantastic phone with a lot to love if you don't mind its price tag.