Researchers have revealed that the evolution of reptiles began much earlier than previously thought. 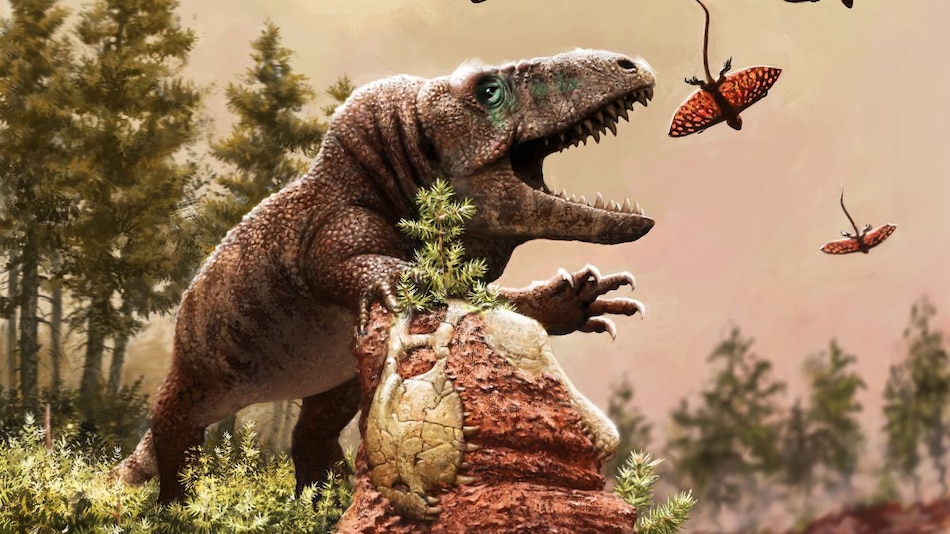 Two of the largest mass extinction of species on Earth took place at the end of the Permian geologic period. Such was the magnitude that 86% of all the animal species were wiped out in the extinction that took place 252 million years ago. The event also marked the onset of a new era where the population of reptiles on land boomed rapidly. Scientists, so far, believed that the increase in the number of reptiles and their evolution was due to the extinction of their competitors. But, a new study indicates that global warming, rather than mass extinction was behind a boom in reptile population and diversity.

Researchers, from the Department of Organismic and Evolutionary Biology and the Museum of Comparative Zoology at Harvard University, have revealed that the evolution of reptiles began much earlier than previously thought.

“We found that these periods of the rapid evolution of reptiles were intimately connected to increasing temperatures. Some groups changed really fast and some less fast, but nearly all reptiles were evolving much faster than they ever had before,” said postdoctoral fellow Tiago R Simoes. He is also the lead author of the study published in Science Advances.

The team examined the early amniotes that represent the forerunners of all modern mammals like birds, reptiles, and their closest extinct relatives. They created a dataset using extensive first-hand data collection of over 1,000 fossil specimens from 125 species of synapsids, reptiles, and their close relatives during roughly 140 million years before the Permian-Triassic mass extinction. Following this, they analysed the data and tried to detect the origin of these species and the pace at which they evolved.

The new dataset was then compared with the global temperature data of millions of years ago in the geological record.

Researchers observed that the periods of fast climatic shifts and global warming were linked to the rapid anatomical change in most reptiles as they adapted to the changing environmental conditions.

The team also looked at the change in body size of the reptiles during this period. They noted that climatic pressure on the body was immensely high due to which there was a maximum body size for reptiles who could survive in the tropical regions during the hot period.

Xiaomi NoteBook Pro 120G, Smart TV X Series to Launch in India on August 30: All Details
House of the Dragon Episode 1 Leaked on Torrent Sites, Piracy Networks Ahead of Release