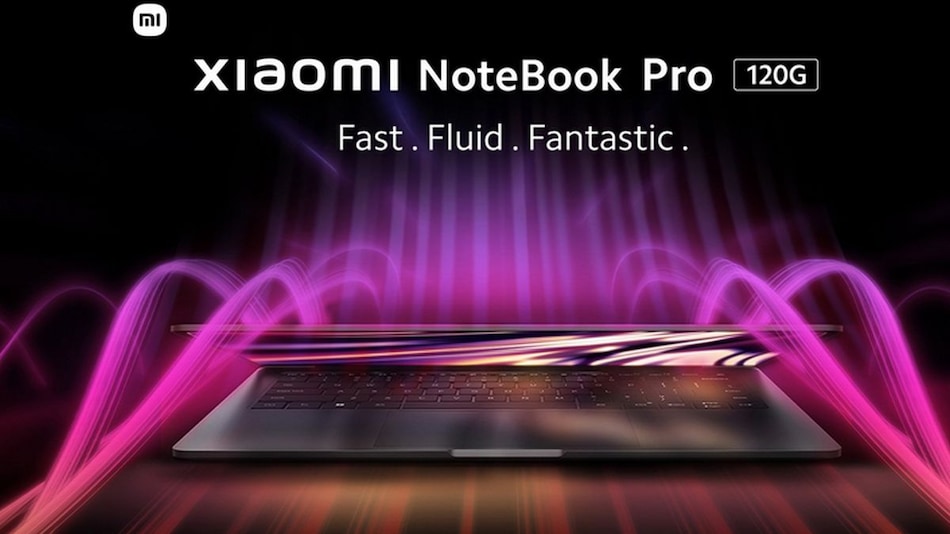 Xiaomi NoteBook Pro 120G can be seen on the microsite with the tagline “Fast. Fluid. Fantastic”

Xiaomi NoteBook Pro 120G is set to launch in India on August 30. The Chinese company revealed the launch date of the upcoming laptop via its official website. Although, the microsite is currently live, it does not reveal any specifications of the Xiaomi laptop. Additionally, the microsite of the Xiaomi Smart TV X Series has also gone live. The smart TV series from the company will also launch on August 30. The smart TV can be seen with the tagline “4K. Your New Resolution”.

The microsite for the upcoming NoteBook Pro 120G from Xiaomi has gone live. The microsite reveals that the company will launch the laptop in India on August 30. The laptop can be seen on the microsite with the tagline “Fast. Fluid. Fantastic”. The specifications of the upcoming Xiaomi laptop are yet to be revealed by the Chinese company.

Additionally, the microsite for the upcoming Xiaomi Smart TV X Series has also gone live. The upcoming smart TV series from Xiaomi will also launch on August 30, as per the microsite. Although, the microsite doesn't reveal any specifications of the TV, it can be seen with the tagline “4K. Your New Resolution”. This suggests that the X Series smart TVs could offer 4K resolution.

Recently, the Xiaomi Smart TV 5A Pro was launched in India. This smart TV runs on Android TV 11-based PatchWall 4. It features a display with HD-Ready (768x1,366 pixels) resolution, 178-degree viewing angle, and 60Hz refresh rate. The display also sports 85 percent of NTSC colour gamut and 85 percent of the DCI-P3 colour gamut.