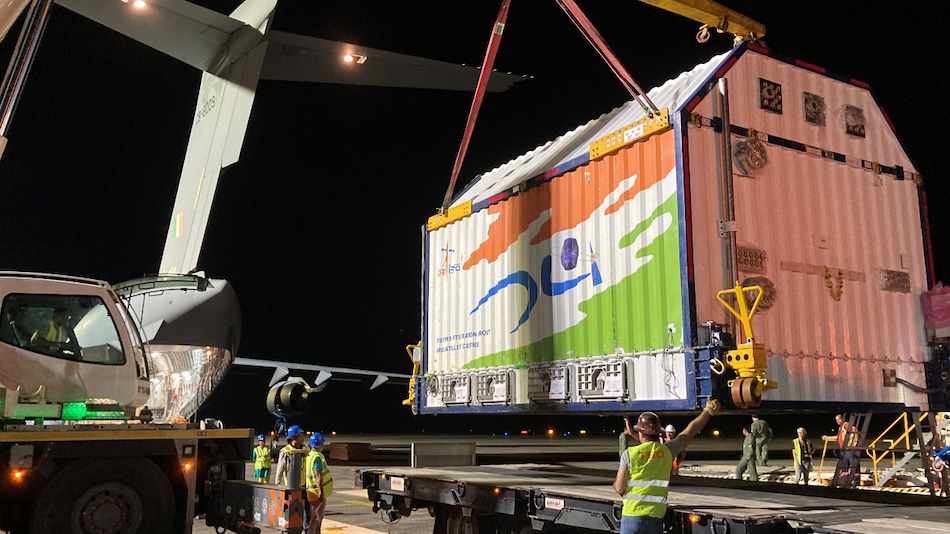 NSIL, a Government of India company under the Department of Space, has leased the entire satellite capacity to Tata Play.

It was reported earlier this month that GSAT-24 satellite, after completing assembly, integration and environmental test, was cleared by PSR (Pre-Shipment Review) committee on May 2.

The satellite and its allied equipment were shipped to Kourou, French Guiana on May 18 using C-17 Globemaster aircraft.

The France-based satellite launch service Arianespace announced in April that India's newest space PSU NSIL's first demand-driven communication satellite for Tata Sky will be launched on June 22. It said the satellites will be launched for two long-standing Arianespace customers – MEASAT, the leading Malaysian satellite operator, and NewSpace India Limited (NSIL), a Government of India company under Department of Space (DOS).

MEASAT-3d, to be co-located with MEASAT-3a and MEASAT-3b at the 91.5°E orbital slot, is a multi-mission telecommunications satellite built by Airbus Defence and Space. "This new satellite will significantly enhance broadband speeds of up to 100Mbps per user in areas with limited or no terrestrial network throughout Malaysia while continuing to provide redundancy and additional capacity for video distribution in HD, 4K, and ultimately 8K in the Asia-Pacific region," it said.