NASA attributed the automatic shutdown to the strict test limits meant to protect the core stage. 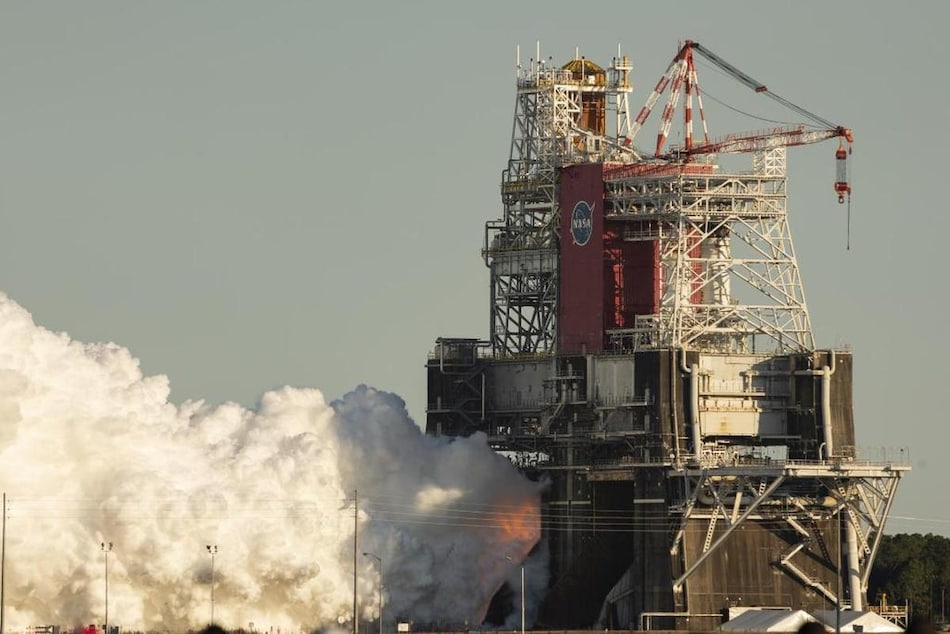 NASA is considering a second firing of its Moon rocket engines after a critical test came up short over the weekend, a move that could bump the first flight in the Artemis lunar-landing programme into next year.

The space agency had aimed to launch its new Space Launch System, or SLS, rocket and an empty Orion capsule by the end of this year, with the capsule flying to the Moon and back as a prelude to crew missions. But that date could be in jeopardy following Saturday's aborted test.

“We have a shot at flying it this year, but we need to get through this next step," said Kathy Lueders, head of NASA's human spaceflight office.

All four engines fired for barely a minute, rather than the intended eight minutes, on the test stand at NASA's Stennis Space Center in Mississippi. The countdown rehearsal for the 212-foot (65-metre) core stage — made by Boeing — included the liquid hydrogen and oxygen tanks, as well as the all necessary computers and electronics.

On Tuesday, NASA attributed the automatic shutdown to the strict test limits meant to protect the core stage so it can be used on the first Artemis flight. The hydraulic system for one engine exceeded safety parameters, officials said, and flight computers shut everything down 67 seconds into the ignition.

NASA said it can adjust the test limits if a second test is deemed necessary, to prevent another premature shutdown. Engineers will continue to analyse the data, as managers debate the pros and cons of proceeding with a second test firing at Stennis or shipping the rocket straight to Florida's Kennedy Space Center for launch preparations. Some of that Kennedy work might be able to be streamlined, Lueders said.

The Artemis programme is working to put astronauts back on the Moon by 2024, a deadline set by the Trump administration. It's uncertain how the incoming White House will approach that timeline.

In its annual report Tuesday, the Aereospace Safety Advisory Panel urged NASA to develop a realistic schedule for its Artemis Moon programme and called into question the 2024 date for returning astronauts to the lunar surface.

On the eve of his departure from NASA, Bridenstine, a former Republican congressman from Oklahoma, stressed that key programmes like Artemis need to encompass multiple administrations, decades and even generations. It's crucial , he said, that "we've got buy-in and support from all of America and members of Congress on both sides of the aisle.”