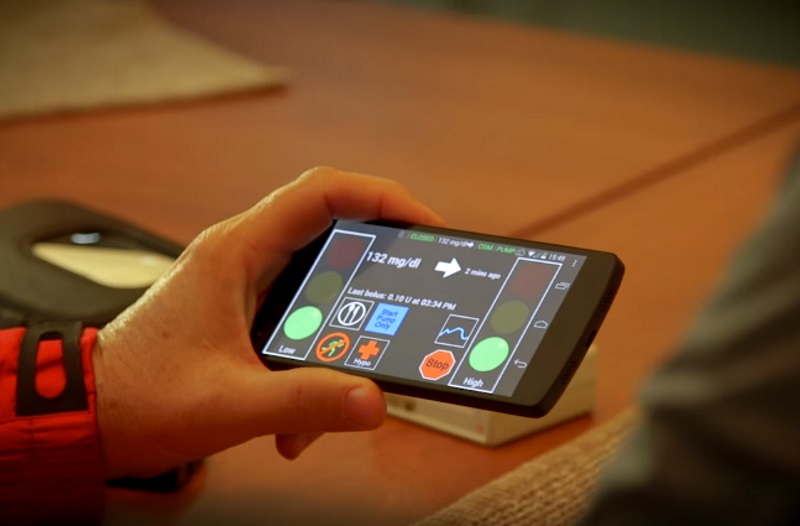 Diabetics may soon be able to ditch constant finger pricks and insulin injections, thanks to a new smartphone-based system that can automatically control blood-sugar levels.

A smartphone, combined with a tiny sensor and wearable insulin pump, can stand in for pancreas, monitoring blood-sugar levels and delivering insulin as needed, researchers said.

The system will enter two final phases of international trials this year.

"We've been working on this specific artificial pancreas as it's called since 2006," said lead researcher Boris Kovatchev, director of the University of Virginia Center for Diabetes Technology.

The system works with a readily available blood-glucose sensor - about the size of a flash drive - that can be worn in a variety of places on the body, such as an arm, leg, or the abdomen, 'Ars Technica' reported.

The sensor reads blood-glucose levels every five minutes and wirelessly reports the results to a specially designed app on a nearby android smartphone.

The app's algorithm analyses the data and wirelessly controls a discreet, wearable insulin pump, which can be hooked to a belt or other piece of clothing. The pump has a very fine needle that delivers insulin into the blood stream.

For traditional management strategies and for Kovatchev's original version of the smartphone app, the goal is to keep blood-glucose levels at a specific target number.

This makes it easy to under- or over-shoot that specific target during manual blood-sugar management, and it means an automatic system has to frequently tweak levels.

Researchers have come up with an improved version of the smartphone app algorithm that does not aim for a specific blood-glucose number, but rather a "zone."

These patient-specific short ranges of healthy blood-glucose levels are easier targets that can be stably maintained, avoiding constant adjustments that can lead to swings, Francis Doyle III, dean of Harvard's Paulson School of Engineering and Applied Sciences said.

The new algorithm will be able to adapt to each patient's sugar shifts and insulin sensitivity.