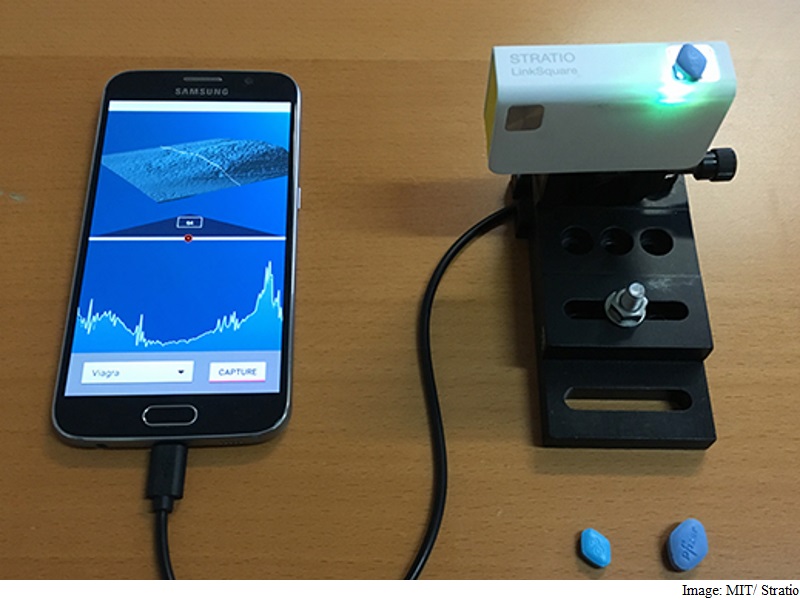 Viagra users now have a method to check the authenticity of their pills. Researchers have developed a smartphone-connected gadget that scans the pill and lets you know in a jiffy if it is made of the real stuff or not.

According to its developer San Jose-based startup Stratio, the device can find out what a specific pill's reflective signature is and then compare known pills (data for which is stored in the smartphone app) to see if they match up or not.

"We're hoping people can use this to assuage some of their fears about the things they consume," Leslie Grothaus, a Stratio co-founder, was quoted as saying.

The device looks like a portable smartphone battery and connects to a smartphone via a USB cable.

A range of light from LinkSquare shines onto the pill and the way in which the light reflects back across the pill is captured by an image sensor to spot whether it is fake or not.

It also plans to test other items that can be mislabelled like "fake" food items.

According to the report, there are still a number of challenges to be worked out such as building a database of medications that LinkSquare will be able to detect.

Apple in Talks With Hollywood Giants to Make Its Own TV Shows: Report
Robotic Fingers to Soon Pick Up Fragile Objects With a Gentle Touch: Study