Partial Solar Eclipse Seen in Parts of India, Set to End After Sunset: All You Need to Know

Since the eclipse is taking place in the evening, the ending of the celestial phenomenon will not be visible as it would take place after sunset. 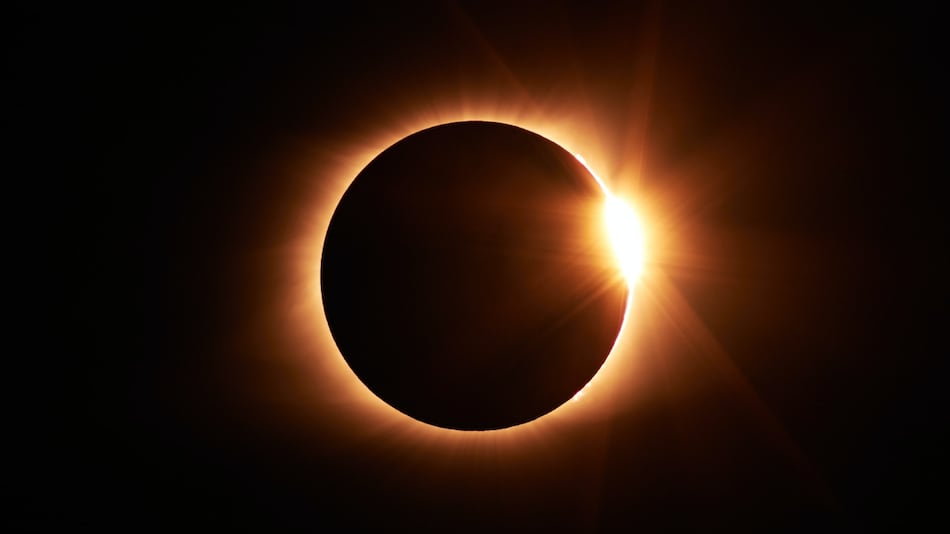 Astronomy enthusiasts turned their gaze towards the sun as the moon started to cover the solar disc as a partial solar eclipse began on Tuesday.

The partial solar eclipse is being observed in several parts of the country with Srinagar witnessing the maximum obscuration of the solar disc at 55 percent.

Since the eclipse is taking place in the evening, the ending of the celestial phenomenon will not be visible as it would take place after sunset.

"A solar eclipse occurs on a new moon day when the Moon comes in between the Earth and the Sun and when all the three objects are aligned. A partial solar eclipse will occur when the lunar disk covers the solar disk partially," officials said.

Government officials cautioned that eclipsed sun should not be viewed with the naked eye, even for a very short time as it could cause permanent damage of the eyes leading to blindness, A safe technique to observe the solar eclipse is either by using proper filter like aluminised Mylar, black polymer, welding glass of shade number 14 or by making projection of sun's image on a white board by telescope.