Quasars are powered by supermassive black holes whose mass ranges from millions to tens of billions of solar masses. 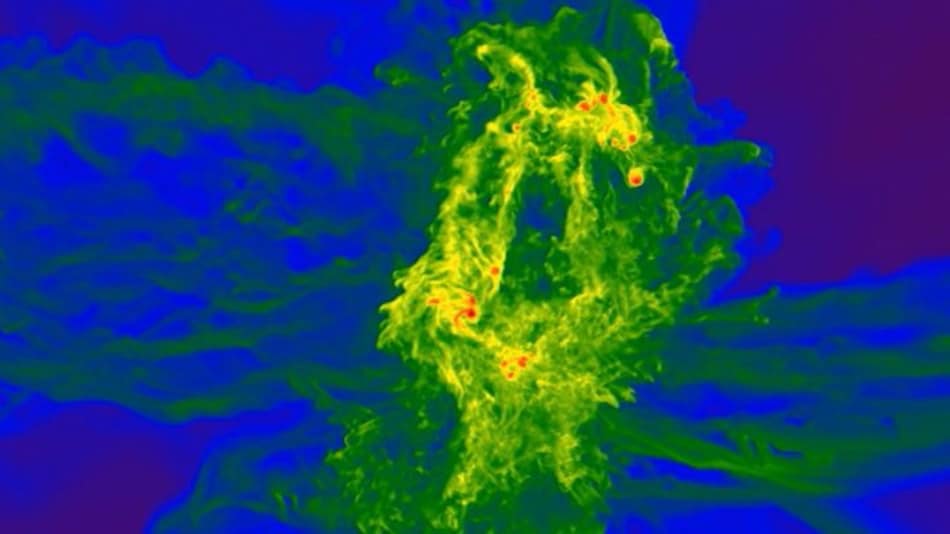 Scientists have managed to determine one of the biggest mysteries in recent astrophysics – the formation of quasars in the early universe. These cosmic entities were first spotted in 2003, and soon after, over 200 quasars were identified by supermassive black holes. These 200 quasars had formed within the first billion years after the formation of the universe. Scientists had never managed to conclusively determine how these quasars formed so early in the universe. Now, a team of researchers has found out that these primordial quasars naturally formed in chaotic conditions of rare gas reservoirs of the early universe.

“The first supermassive black holes were simply a natural consequence of structure formation in cold dark matter cosmologies – children of the cosmic web,” said Dr Daniel Whalen from the University of Portsmouth.

Dr Whalen led the team of researchers behind the study that determined the origin of the quasars. The study was published on July 6 in the Nature.

The researchers used a supercomputer model to run simulations about where these quasars could form. Scientists found that the quasars managed to form when supermassive black holes, with a mass at least 1,00,000 times that of our Sun, in areas of space where cold powerful streams of gasses were found in strong concentrations. These gaseous streams were only found in about a dozen or so regions across a region of space 1 billion light-years across.

“Consequently, the only primordial clouds that could form a quasar just after cosmic dawn — when the first stars in the universe formed — also conveniently created their own massive seeds. This simple, beautiful result not only explains the origin of the first quasars but also their demographics – their numbers at early times,” Dr Whalen said.

Quasars are some of the most powerful and energetic objects in the universe. Found in the centre of distant galaxies, quasars are powered by supermassive black holes whose mass ranges from millions to tens of billions of solar masses. These black holes accrete nearby matter that heats up due to friction and pressure as they fall towards the black hole. The heat and electromagnetic energy created in this way are then released by the quasars in the form of electromagnetic energy.