The experiment showed that dead spiders can left more than 130% of their own body weight, and sometimes much more. 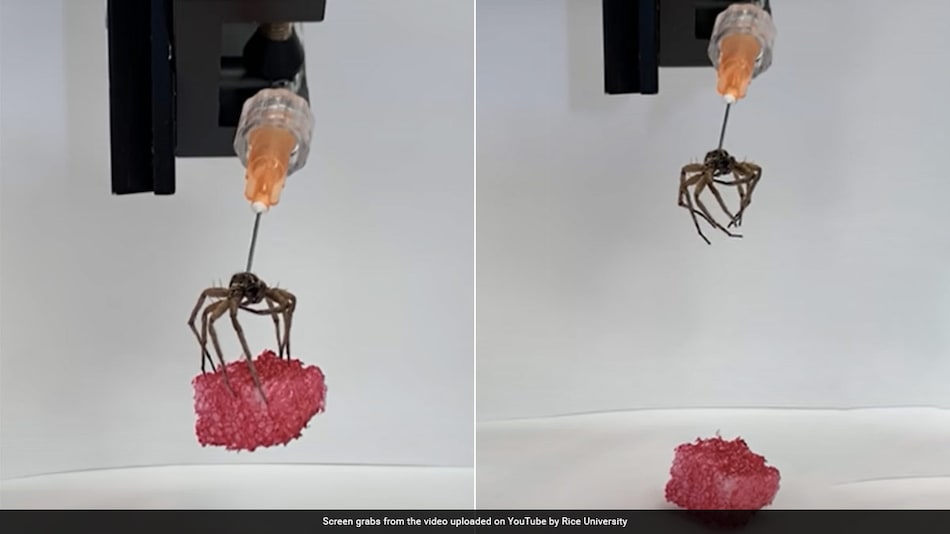 The team was able to unlock new ways of performing pick-and-place tasks.

Scientists have worked out how to turn dead spiders into "necrobotic spiders" that can mechanically grip objects.

Researchers at Rice University in the United States released a report of their experiment in the journal Advanced Science, in which they were able to repurpose the bodies of dead spiders by pumping air into their legs to extend them and pick things up. According to the authors, this invention might be used for a variety of tasks, such as catching insects or even putting together microelectronics.

Rice University #mechanical #engineers are showing how to repurpose deceased spiders as mechanical grippers that can blend into natural #environments while picking up objects that outweigh them. https://t.co/Z2hwWbNnKV#RiceU #RiceUniversity #research #science #spiders

According to Science Alert, the researchers described the creation as "necrobotics". "It happens to be the case that the spider - after it's deceased - is the perfect architecture for small-scale, naturally derived grippers," said Rice University engineering professor Daniel Preston, in a press release.

The team explained that spiders use hydraulics to move their limbs, as opposed to people and other mammals who use muscles. A chamber near their heads contracts to send blood to limbs, forcing them to extend their limbs. While the pressure is relieved, the legs contract.

The researchers worked out a way to manipulate the hydraulic system. They inserted a needle into the spider's prosoma chamber and created a seal around the tip of the needle with the help of super glue. Then, they squeezed a tiny puff of air through the syringe, which was enough to activate the spider's legs. They were able to achieve a full range of motion in less than one second.

The team was able to unlock new ways of performing pick-and-place tasks. They were successfully able to make a dead spider grip onto different objects. Their testing showed that dead spiders can lift more than 130% of their own body weight, and sometimes much more.

"They had the grippers manipulate a circuit board, move objects and even lift another spider," the press release read. The team noted that smaller spiders carry heavier loads in comparison to their size. Conversely, the larger the spider, the smaller the load it can carry in comparison to its own body weight.