Xiaomi's smart display would come with three passive diaphragms and include a Hi-Fi audio chip. 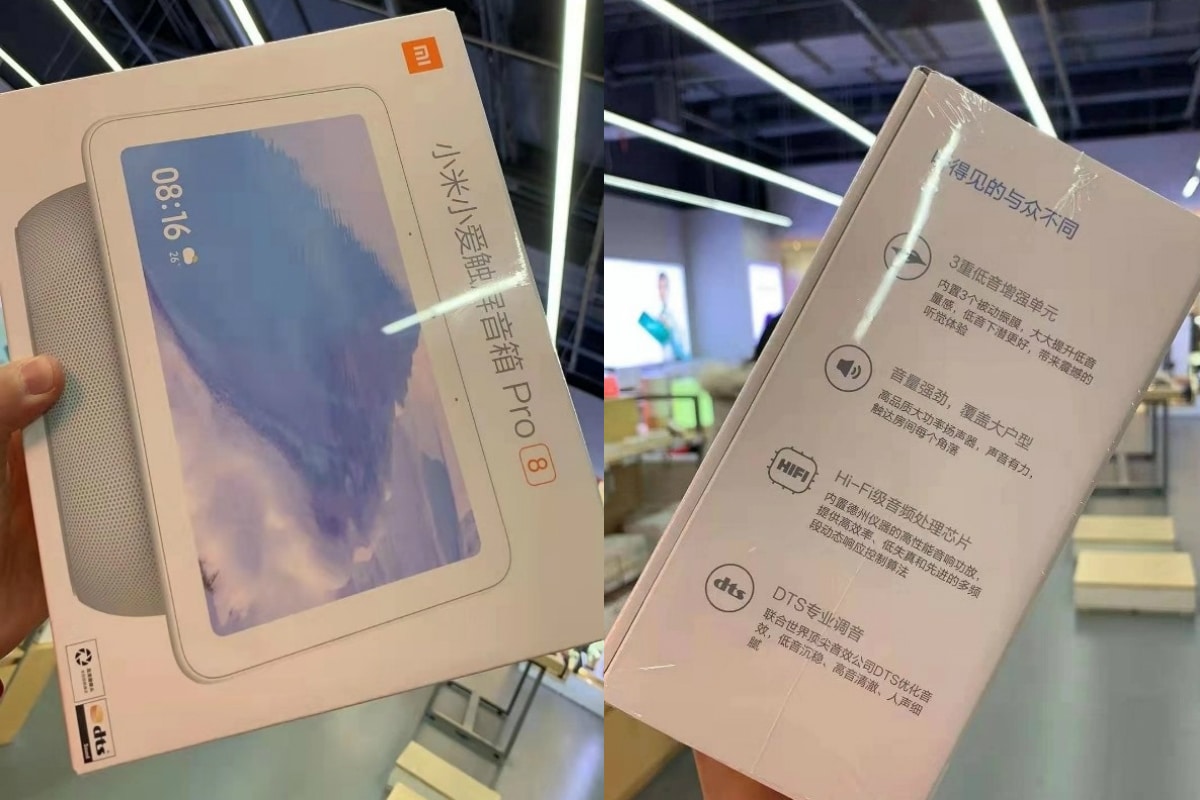 Xiaomi appears to have a new smart display in the pipeline that would take on the likes of Google Nest Hub and Amazon Echo Show 8. The smart display, which is speculated to debut as the XiaoAI Touchscreen Speaker Pro 8 or Xiaomi Smart Display Speaker Pro 8, has been leaked online. A couple of images showing the development suggest that Xiaomi would adopt the design language and aesthetics that Google used for building its Nest Hub smart displays. This means that you can expect the display in a white colour option along with a large touchscreen panel at the front.

As per the leaked images, the new smart display by Xiaomi would sport a design similar to that of the Google Nest Hub. The display appears to have a display panel with thick bezels and a camera sensor for video calls. Further, there is a speaker at the back that appears to have a mesh-like covering.

The box shown in the images, as posted on China's tech news portal ITHome, highlights that the display includes three passive diaphragms and is powered by an Hi-Fi audio chip. The display would also offer DTS audio tuning for an enhanced audio experience.

While Xiaomi is yet to make any confirmations around its latest smart display, a 3C certification showing the development of the XiaoAI Touchscreen Speaker Pro 8 has reportedly surfaced. It shows that the unannounced device received certification from the authority in late November -- suggesting its imminent launch.

The new smart display by Xiaomi is said to carry a price tag of CNY 599 (roughly Rs. 6,100) in China. However, details around its official launch and availability are yet to be revealed.

To recall, Xiaomi in February launched the XiaoAI Mini TV as its smart speaker with a 4-inch touchscreen panel. The company also uses its XiaoAI brand to offer smart assistance to Chinese users -- similar to how Amazon Alexa and Google Assistant serve global audiences