Elon Musk’s fight with the SEC began in August 2018, when the CEO sent Tesla shares soaring 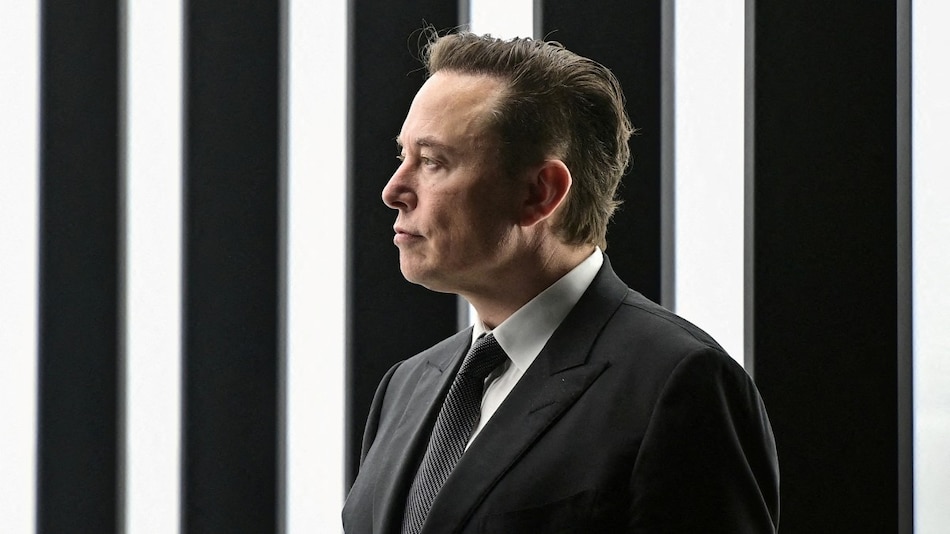 US securities regulators have pulled their punches in dealings with Elon Musk largely because an April 2019 court hearing on a statement he made about Tesla on Twitter didn't go their way, according to four sources with knowledge of the matter.

The US Securities and Exchange Commission (SEC) asked the court to hold the billionaire in contempt, saying a tweet by the Tesla CEO - which forecast production at the carmaker - violated a court agreement Musk signed the previous year to have some of his communications vetted by a lawyer.

By trying to rein in his comments, the SEC was veering into relatively uncharted territory. SEC rules require that public companies and their executives disclose accurate information that may be material to investors via channels that investors know to monitor. It doesn't usually specify how companies should do that.

But the 2019 remarks by judge Alison Nathan – who found the terms of the agreement between Musk and the SEC to be "soft" and urged them to reach an understanding – knocked confidence among officials overseeing the case that the courts would support them if they attempted to prosecute his activity on Twitter, the four sources said.

Interviews with individuals familiar with the situation – as well as a review of court documents, SEC and Tesla emails obtained by the media through a public records request – showed that in the wake of Nathan's comments, SEC officials opted to urge Musk to comply with the agreement, rather than pursuing enforcement through the courts.

Spokespeople for the SEC declined to comment on its enforcement dealings with Musk. Spokespeople for Tesla and Twitter and a representative for Judge Nathan did not respond to requests for comment for this story.

Musk's attorney, Alex Spiro, did not respond to requests for comment on the SEC's deliberations, but court records and Tesla emails show he and other lawyers for the Tesla boss dispute that Musk's tweets violated the agreement.

With Musk's use of social media under scrutiny after he bid to purchase Twitter, the interviews and documents shed light on the regulator's view of its relationship with the billionaire, now the world's richest man. He has 95 million Twitter followers and called the SEC "bastards" in an interview in April.

The sources said they are not familiar with the current thinking of the SEC, which has been under new leadership since US President Joe Biden took office in January 2021. Under new Chair, Gary Gensler, the agency has pledged to crack down on repeated misconduct and push for tougher penalties.

It recently opened more investigations into Musk. Among them, a probe into two of his November tweets asking if he should sell shares in Tesla, court documents regarding Musk's settlement with the SEC show.

Nathan was promoted to the New York-based 2nd US Circuit Court of Appeals in March. A newly assigned judge in the case, Lewis Liman, ruled in the SEC's favor last month.

The SEC's fight with Musk started on August 7, 2018, when the CEO, whose company had been telling investors to monitor his Twitter feed since 2013, sent Tesla shares soaring by tweeting "funding secured" to take the publicly listed company private. The SEC opened an investigation: It found Musk at the time had not even discussed key deal terms with any potential funding source, SEC court filings later showed.

In September 2018, agency officials told Musk he had a choice: Fight stiff charges over the tweet in court or settle and suffer lesser penalties, one of the sources said. Tesla shares were around $300 (roughly Rs. 23,200) compared with more than $630 today (roughly Rs. 48,800) after a five-for-one stock split in 2020. Musk agreed to settle.

During the April 4, 2019 hearing, in comments to the SEC about the settlement's language on what tweets should be vetted, Nathan said, "This case is unusual." Her exploration of the terms of the settlement has not previously been reported in detail.

The settlement required Tesla to establish a process for overseeing all of Musk's communications about the company, including hiring or designating an "experienced securities lawyer" to vet social media posts. Musk also agreed that he would certify in writing that he had complied, and provide proof; and to step down as Tesla chair while remaining CEO. No end-date was set for the arrangement.

The vetting process required that Musk seek pre-approval for written communications – including tweets – that contained "or reasonably could contain" information material to Tesla shareholders.

But the decision on whether they contained material information was left to Musk and Tesla.

Less than six months later, on February 19, 2019, Musk tweeted that Tesla would make "around 500k" cars that year. If unvetted, this was arguably a violation of the settlement because production figures can be market sensitive information, SEC officials said in court filings.

The SEC staff asked Tesla whether Musk had submitted the tweet for vetting. He had not, Tesla attorneys told the SEC. The SEC said in the court complaint that when it looked into the Feb. 2019 tweet, it found Musk had not sought pre-approval for any Tesla-related tweets since the vetting system started. Its attorney told the court, "Mr. Musk has tweeted upward of 80 times about Tesla, and the SEC thought nothing of it. We assumed that everyone was proceeding in good faith."

Tesla attorneys said in a court filing Musk had not sought pre-approval because he "has not tweeted material information regarding Tesla."

For SEC officials, Musk's violation was clear, four of the sources told Reuters.

In April 2019 they went to the New York court to argue that Musk should be held in contempt of court – a serious charge that can result in fines or jail. The SEC wanted the court to order Musk to report monthly to the agency on his compliance and enforce escalating fines for violations, its lawyer told the judge at the hearing.

SEC officials felt they had the upper hand because they believed the violation was unambiguous, said the four sources, two of whom have direct knowledge of the matter.

Following a 1976 Supreme Court ruling, the SEC's rules have defined material information that a public company must disclose as matters "a reasonable investor" would likely consider important. The regulator's requirement in the deal with Musk was broader than that, it told the court: "We would argue it essentially means unless something is obviously immaterial, it needs to get pre-approval."

Musk's lawyers told the court the SEC's interpretation of the settlement's vetting requirements was "incorrect" and "overbroad."

Judge Nathan challenged what she described as the settlement's "soft" standard for assessing when a tweet was material, the court transcript shows; she also agreed with Musk's lawyer that the SEC should have tried to resolve the issue out of court, saying, "This screams of working it out."

Nathan did not conclude whether the tweets were material, or rule on the contempt motion, saying: "My call to action is for everybody to take a deep breath, put your reasonableness pants on, and work this out."

SEC officials felt they had no choice but to revise the settlement, according to the four sources. The SEC, Tesla and Musk agreed to be more specific about what comments must be pre-approved – including statements about Tesla's financial condition, proposed or potential deals, production numbers, and performance projections.

The tweets go on

In the following months, SEC officials felt Musk pushed the boundaries of the revised settlement but were reluctant to return to court, fearing Nathan might reject their complaint and admonish them for bringing the issue back, three sources said.

On July 29, 2019, Musk tweeted that he was hoping to manufacture "1,000 solar roofs" a week by year-end; and on May 1, 2020 that Tesla's stock price was "too high." Each tweet prompted the SEC to contact Tesla and Musk's attorneys seeking information on whether they had been pre-approved, according to SEC correspondence sent to Tesla on the matter obtained by public records requests.

Musk had not sought pre-approval; Tesla's attorneys argued in the emails to the SEC it wasn't necessary. The regulator disagreed. The SEC said in emails it was trying to work out the dispute "in the spirit of the Court's directive" but that Tesla and Musk's attorneys had declined to provide requested documents, or have a "productive dialogue" with SEC staff.

In June 2020, the SEC emailed Musk advising him it was the "SEC's position that you violated" the settlement.

Instead of returning to court, however, the SEC said: "Going forward, we urge you to comply."

Some SEC officials felt the settlement constrained Musk to some degree, which helped protect investors, said the four sources.

The SEC also was uneasy about the risks of the most extreme step – scrapping the deal and starting litigation – given Musk's resources, four of the sources said.

In addition, Musk was and remains Tesla's largest shareholder, with roughly 16 percent of the stock as of late April, so it might be hard to argue that barring him as a public company director or officer was in shareholders' interests or would loosen his grip on Tesla, two of the sources said.

In March, Musk asked the court to void his settlement with the SEC.

The new judge in the case, Liman, rejected Musk's appeal in April. He found the billionaire was "bemoaning" the 2018 deal now that he felt Tesla was "invincible". A representative for the court said Liman would not comment.