How a Japanese Billionaire Took Over the Top Spot on Twitter 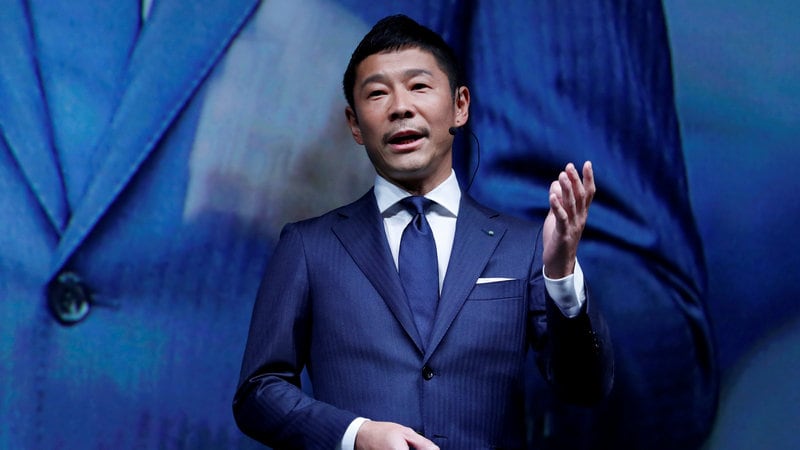 The most retweeted tweet of all time now belongs to Yusaku Maezawa, a Japanese billionaire behind the e-commerce company Zozotown. His message to the Twitterverse promised 100 winners a chance to win a piece of JPY 100 million, or about $920,800, if they retweeted him.

Maezawa said his promotion on Twitter was a show of gratitude after Zozotown sold JPY 10 billion worth of merchandise during its New Year's sale. His message has been retweeted more than 5.5 million times. He said that he would contact the winners through direct message.

Zozo did not immediately respond to a request for comment.

Maezawa is not only a high-profile entrepreneur: He is also slated to be SpaceX's first tourist to pay for a trip around the moon. Last year, at an unveiling at SpaceX headquarters in Hawthorne, California, Maezawa announced that he had bought every seat on SpaceX's inaugural flight to Earth's satellite, scheduled to embark in 2023 and take about a week. Maezawa said he would invite up to eight artists to join him on his journey to the moon, leading to the creation of artworks "to inspire the dreamer in all of us."

The new champion of retweets ousted the former record holder, Carter Wilkerson. In 2017, the then-16-year-old kicked off a viral attempt to get Wendy's to give him free chicken nuggets for a year. Wilkerson's tweet earned more than 3.5 million retweets. Wendy's gave $100,000 to the Dave Thomas Foundation as part of his effort, and Wilkerson said he raised $5,000 for a local cancer-related organization off the nuggets campaign.

"I don't really take too much offence that I lost the record because just getting my chicken nuggets and getting the money for charity was more important to me than breaking the record," he said in an interview Monday. Now 18 and a full-time college student, Wilkerson said he expected to be beaten eventually but was surprised by how quickly Maezawa amassed retweets. It took Wilkerson about a month after his initial tweet to beat the previous record holder, Ellen DeGeneres, who posted a celebrity-packed selfie taken by Bradley Cooper at the 2014 Oscars. "It's super surprising that I'm not there anymore," he said.