Experts said the deepfake video could be a harbinger of more sophisticated deceptions to come. 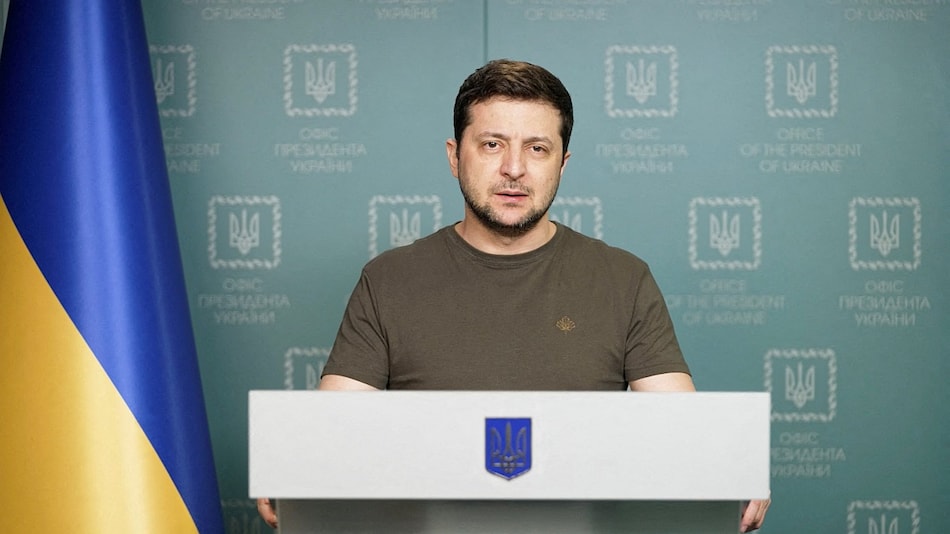 A poorly edited video purporting to show Ukrainian President Volodymyr Zelenskiy publicly capitulating to Russian demands drew widespread ridicule on Wednesday, but experts said it could be a harbinger of more sophisticated deceptions to come. The video appeared to show an ashen-faced Zelenskiy speaking from the presidential lectern and urging his countrymen to down their weapons in the face of Russian invaders.

It is not clear whether anyone was convinced. Internet users immediately flagged the discrepancies between the skin tone on Zelenskiy's neck and face, the odd accent in the video, and the pixelation around his head. A Facebook official later said the company was removing the footage from its platform.

1/ Earlier today, our teams identified and removed a deepfake video claiming to show President Zelensky issuing a statement he never did. It appeared on a reportedly compromised website and then started showing across the internet.

Nina Schick, the author of "Deepfakes," said the video looked like "an absolutely terrible faceswap," referring to programs that can digitally graft one person's face onto another's body -- part of a wider family of computer techniques that can create hyperrealistic forgeries known as "deepfakes."

Television station Ukraine24 said in a Facebook post that the video was broadcast by "enemy hackers" and was "FAKE! FAKE!" The station could not immediately be reached for further detail and Ukraine's cyber watchdog agency did not immediately return messages seeking comment. But Ukraine's Ministry of Defense later released a video from the real Zelenskiy apparently dismissing the footage as a "childish provocation."

"We are not going to lay down any weapons until our victory," he said.

Ukrainian officials have been warning of the danger of deepfakes, especially after Moscow's forces were denied a quick victory on the battlefield following their February 24 invasion.

Two weeks ago, Ukraine's military intelligence agency put out a short video alerting the country to the danger of deepfakes, alleging that the Kremlin was preparing a stunt involving one.

The Russian Embassy in Washington did not immediately return a message seeking comment.

Schick called the fake Zelenskiy video "very crude," but warned that the it was a matter of time before the technology became more accessible.

"Expect fakes like this to become easier to produce while appearing highly authentic," she said.