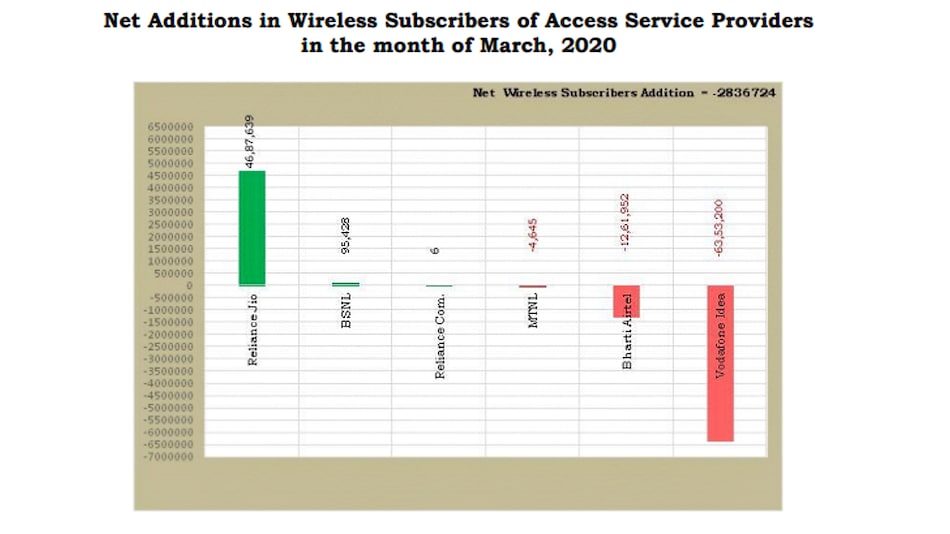 Wireless subscriber base for March