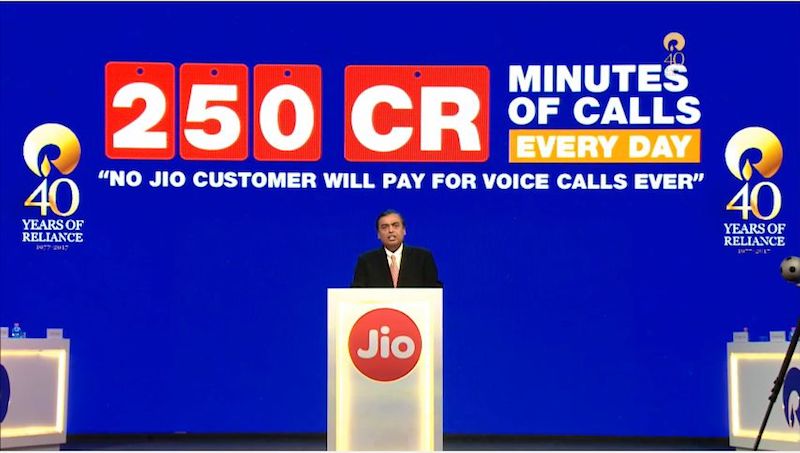 Reliance Jio now has over 125 million subscribers, 100 million of which are paid subscribers, Reliance Insutries Chairman Mukesh Ambani said at the company’s annual general meeting in Mumbai on Friday. Jio has added roughly seven subscribers every second since its commercial launch last September, he added.

“Reliance has broken many world records in its 10 months,” Ambani said, adding that the company has seen unprecedented adoption, faster than any technology company including Facebook and WhatsApp.

Jio users make over 250 crore minutes of voice and video calls every day, and consume 165 crore hours of high speed video per month, the he added.

In terms of volume consumption, Reliance Jio customers consume 125 crore GB every month, Ambani said, as he made the claims of India surpassing the United States and China in terms of consuming mobile data.

Ambani took the stage at the company’s investment to call out on analysts and industry experts who had predicted that Reliance Jio will fail to achieve its ambitious goals.