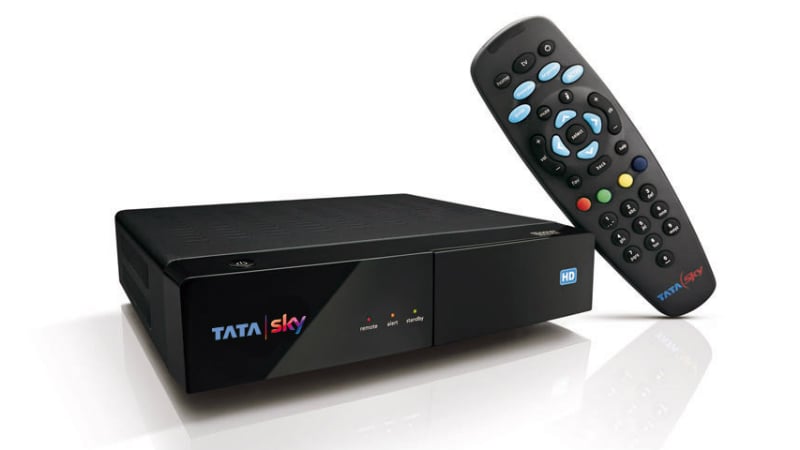 Tata Sky and Sun Direct have reportedly removed the network capacity fee (NCF) on additional free-to-air (FTA) channels. This decision from the two DTH operators comes to light as Telecom and Regulatory Authority of India (TRAI) has extended the deadline for migrating to the new plans to March 31. Under the new TRAI framework, all DTH subscribers will need to migrate to new DTH and cable packs. For the same, the DTH operators have been directed to provide a base pack of 100 FTA channels, priced at Rs. 130 (Rs. 153 inclusive of taxes). This base pack price includes content charges as well as NCF. And, now a report claims that Tata Sky and Sun Direct have removed the network fee on additional FTA channels for their consumers. While Sun Direct has revoked the charges completely, Tata Sky has removed the same partially for its subscribers.

Based on the new regulatory framework, all DTH operators are now liable to divide their earnings in two parts - one is content charge that is payable to channel owners, and the other is the network capacity fee, which goes to the cable operators. The base pack of 100 FTA channels is priced at Rs. 130 and it consists of content charges and network fee. However, if additional FTA channels are subscribed, NCF of Rs. 20 is levied for batches of additional 25 channels. Telecom Talk reports that this additional NCF charge has been removed by Sun Direct, and the subscribers can view as many FTA channels as they want for just Rs. 130 (Rs.153 inclusive of taxes).

The report also states that Tata Sky has also revoked the NCF for FTA channels, but it is only limited to select channels, over and above the pre-existing base pack, unlike the Sun Direct. You can see Tata Sky's FTA base pack on the company website.