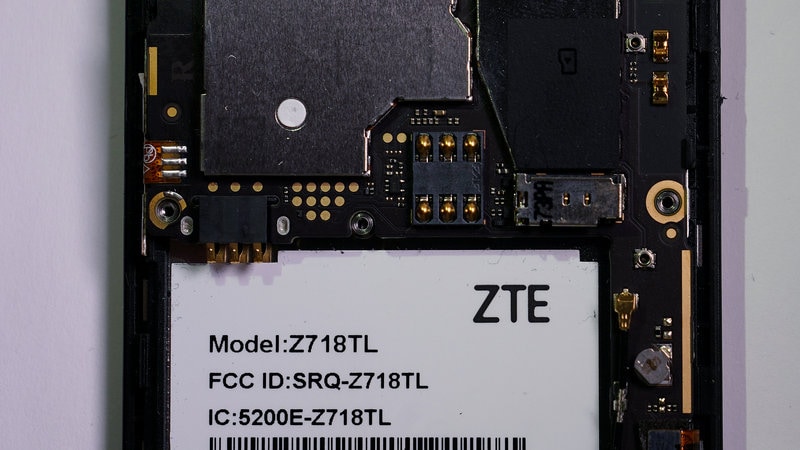 There is little Congress can do to stop President Donald Trump if he wants to relax penalties on ZTE Corp, despite strong bipartisan opposition to easing restrictions on China's No. 2 telecommunications equipment maker.

ZTE ceased major operations since the seven-year ban was imposed on the company in April for breaking a 2017 agreement reached after it was caught illegally shipping goods to Iran and North Korea. But ZTE has signed an agreement in principle with the Commerce Department to lift the ban, Reuters reported on Tuesday.

Members of Congress, including Trump's fellow Republicans as well as Democrats, have sought to rein in ZTE, which they see as a threat to national security whose products could contribute to the theft of intellectual property.

"Their technology is a national security threat, according to our defence and law enforcement authorities. Why on earth is the Trump administration considering relaxing penalties on such a bad actor?" Senate Democratic Leader Chuck Schumer said on Wednesday as he opened the day's legislative session.

Lawmakers have included some restrictions on ZTE - such as a ban on the military's use of its products - as amendments to major legislation such as the National Defense Authorisation Act, or NDAA, now making their way through Congress.

But those limited restrictions would not keep Trump from relaxing the restrictions if he were determined to do so.

Sanctions laws that affect ZTE allow any president to waive them if he feels it is necessary for national security reasons. The US constitution also gives presidents broad control of foreign policy matters.

Members of Congress could try to pass legislation barring Trump from spending any money to ease restrictions on ZTE, one of the main ways they traditionally control the White House, because Congress controls federal spending.

However, Trump's Republican Party controls both the Senate and House of Representatives, lessening the chance of passing any measure opposed by the White House. And it would be even more unlikely that the Republican-led Congress could muster the two-thirds majority in both chambers needed to override a veto.

Separately on Wednesday, the Republican-majority House Homeland Security Committee voted down a Democratic resolution that would have forced the Department of Homeland Security to provide more information about the security threat posed by ZTE.

The committee's Republican chairman, Representative Mike McCaul, said he thought the legislation was "inappropriate," and unnecessary since the department has provided some of the information to committee staff, the Hill newspaper reported.

ZTE's survival has been a topic of discussion in high-level US-China trade talks, in which China has offered to import an extra $70 billion of US goods over a year as a way to defuse a potential trade war.