Drones to Power Fight Against Coronavirus in Chhattisgarh, Elsewhere 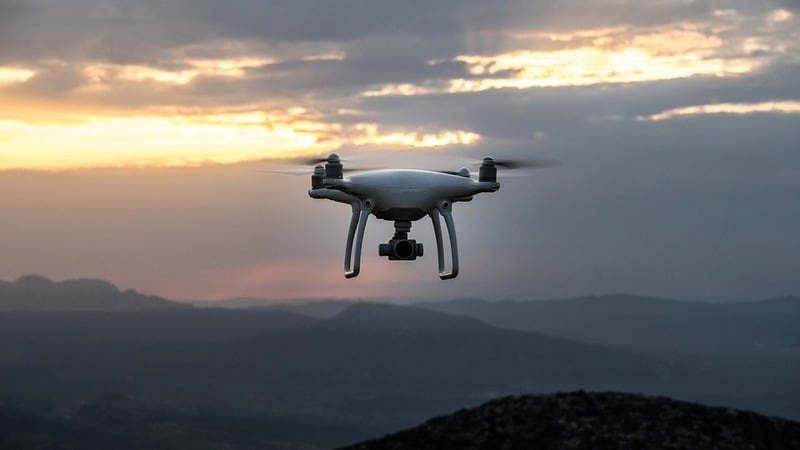 With the states across India pulling out all stops in the country's battle against coronavirus, a Chennai-based drone company too is using its technological innovations to tackle the scourge in Chhattisgarh capital Raipur and elsewhere.

Jayaprakash, 29, has created quite a splash in the international swimming pools to win medals for India.

In his home state Tamil Nadu, he says, the government is doing pilot studies on spraying disinfectant with Garuda's drones on the Rajiv Gandhi Government General Hospital, as also Ripon Building that houses the Greater Chennai Corporation, and others.

The drone manufacturer has bagged orders from some private hospitals in Chennai for disinfecting their buildings as well, he added.

The challenge before him is to reach Raipur with his drones and pilots amid the national lockdown.

"We will spray disinfectant over 770 acres initially. We will send two drones and two pilots by road initially. We can finish the spraying task in two days," Jayaprakash said.

Interestingly, Jayaprakash was born with a lung ailment and will now be using drones to kill a virus that damages human lungs.

According to him, Garuda Aerospace is getting enquiries from various state governments for disinfecting public places by using drones.

On the business model, he said: "It will be a sort of Drones as a Service (DAAS). We will provide our drones and the pilots to operate them. The customer has to provide the disinfectant."

He pointed out that a drone could cover 20 km distance compared to a human's 4-5 km within specific time and that a fleet of 300 drones can cover 6,000 km linear distance in a day.

"During a pandemic, speed of disinfecting areas is important. Further, it is safe as health workers could be exposed to health risk while drones and their pilots are not. The speed, productivity, and precision of drones are better than human beings," he added.

Jayaprakash said that each drone can spray 40 litres of disinfectant every day, if deployed for 12 hours. The drones can fly up to a height of 400 ft and carry out spraying operations on even on tall buildings.

According to him, Garuda has manufactured and serviced drones for several government departments in Tamil Nadu, like forests, electricity, police, mining, agriculture, Indian Coast Guard and others.

As the company had used drones to spray pesticides on farm land, it occurred to him to use them to spray disinfectants also, he said.

Queried about the industry size in India, Jayaprakash said it is worth about $100 million and 15-20 organised players with all statutory licences.

According to him, officially there are about 16,000 drones in India.