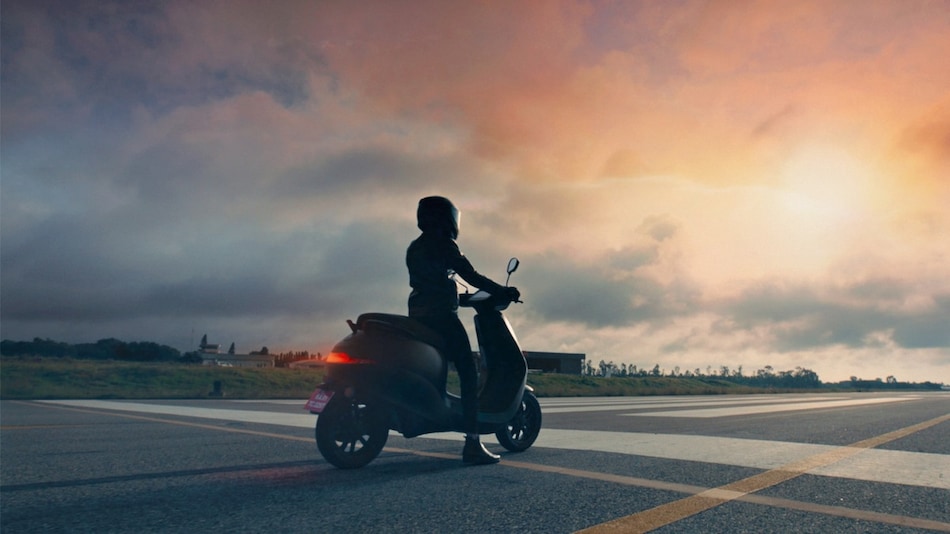 Ola S1, Ola S1 Pro can be booked by paying Rs. 499 and will be available to purchase from September 8

According to a blog post by Ola Electric, the electric scooter will be available to purchase starting from September 8 with deliveries starting in October in more than 1,000 cities. Interested customers can then reserve their Ola S1 and Ola S1 electric scooters by paying a booking amount of Rs. 499. The vanilla Ola S1 will be offered in five colour options while the Ola S1 Pro will be offered in 10 colour options, with both glossy and matte finishes available.

Ola Electric's first scooter is offered in two variants and both get 8.5kW of peak power. The vanilla Ola S1 gets a 2.98kWh battery that gives it a claimed 121km of range and a top speed of 90kmph. Ola Electric claims that the Ola S1 can accelerate from 0-40kmph in 3.6 seconds. It also gets two riding modes — Normal and Sports.

The Ola S1 Pro, on the other hand, gets a 3.97kWh battery via an "optional performance upgrade accessory" that Ola Electric claims will give it a range of 181kms and a top speed of 115kmph. It is claimed to accelerate from 0-40kmph in 3 seconds. There are three riding modes on the Ola S1 Pro — Normal, Sports, and Hyper.

The electric scooters also come with a Battery Management System that "actively monitors the battery for optimal durability, performance, range and safety." Ola Electric has gotten rid of a physical key and it automatically locks and unlocks when the paired phone — acting as the digital key — is close by.

The 7-inch touchscreen display comes with multiple microphones, AI speech recognition algorithms, and runs MoveOS — built by Ola Electric. The company is touting The vehicle control unit (VCU) that is powered by an octa-core processor with 3GB of RAM, featuring 4G, Wi-Fi, and Bluetooth connectivity. The electric scooter's sound can be configured and comes in four modes at launch — Bolt, Care, Vintage, and Wonder. There is also a voice-command feature that allows the rider to complete tasks without physically navigating the touchscreen.

The company has also added a bunch of safety features on the Ola Scooter that include an anti-theft alert system, geo-fencing, and a battery that is flame retardant as well as being water and dust resistant. There are 110/70 R12 tyres on both corners with a rear mono-shock suspension and a front single fork suspension.

Along with the front and rear disk brakes, there is also a Hill-Hold feature on the Ola S1 Pro. Additionally, the electric scooter also gets a Reverse mode by turning the throttle in the opposite direction.