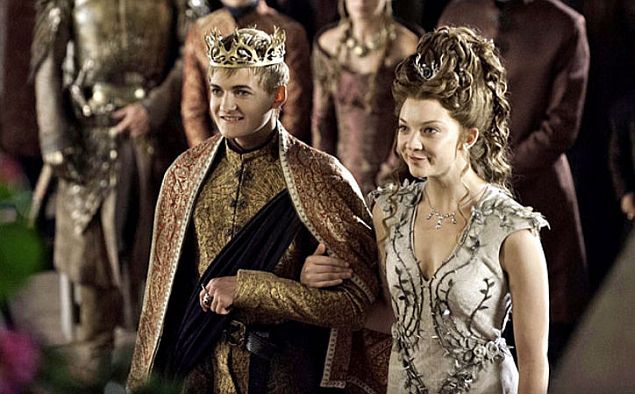 There are a lot of changes between the Game of Thrones TV show, and the Song of Ice and Fire books that the show is based on. Many book readers were equally surprised then by the changes that took place between the show and the books, with the Season 4 finale having the most changes, but the changes have largely been made to help fix the timing of events in the books flow more understandably.

We looked at some of the bigger changes this season, to try and understand what was changed, and why. Of course, the rest of the article has spoilers for the show, and also from the books as well. If you've not read the books or watched the show, then you might want to stop right now.

Missing characters
So first up, let's address the elephant in the room. Where was Lady Stoneheart? In the books, the Brotherhood without Banners (the guys who "rescued" Arya after Harrenhal, but then handed her over to Sandor "The Hound" Clegane, and gave Gendry over to Melisandre "The Red Woman") find the corpse of Catelyn Stark, and using the same magic which keeps bringing Beric Dondarrion back from the dead, revived her.

Undead Catelyn is however not the woman she used to be - she's consumed with a drive for revenge, and takes the name Lady Stoneheart.

So why isn't any of this in the show? Well, for one thing, the finale was a particularly busy episode, with a lot of action taking place. What's more, there has been no build up to Catelyn's resurrection, and having that come up as an unresolved thread would have just been frustrating for fans.

Then there's the question of timing - in the books, Lady Stoneheart has run ins with Brienne, and possibly Jaime Lannister as well in a cliffhanger in he fifth book, but Jaime is still in Kings Landing in the show, and Brienne seems to have reached where she needs to be, so reconciling the timelines will require some added content to bring all the pieces together.

Another character we were really hopeful for was the mysterious ranger known as Coldhands. Coldhands dresses like a man of the Night's Watch, but his hands are cold and black, like a dead man's. However, he seems to work for the three-eyed Raven, and is actually responsible for first rescuing Sam, and later helping Bran find the Raven, and the Children of the forest. 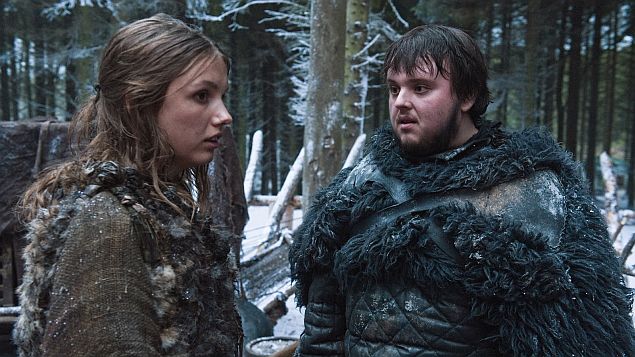 Again, like resurrection of Catelyn, this is one of the overtly magical characters in the show. For a lot of people, the realism of Game of Thrones is the big draw, but four seasons down the line, we're happy to watch a woman chaining up dragons, while across the sea, we see sword-fighting zombies get blasted by fireballs thrown by a little elf-like girl. Surely there could have been some room for Coldhands in all this.

While we're on this topic, one character we really wish we had seen is Penny the dwarf. She's one of the dwarfs at Joffrey's wedding, and Joffrey had actually demanded that Tyrion joust against her on a pig. When Tyrion flees, Cersei posts a reward for his head, and several dwarfs are killed in the process. One such dwarf is Penny's brother Groat, and over the course of the fifth book, she ends up traveling with Tyrion after trying to kill him.

Penny isn't a major character, but acts as a moral compass for Tyrion, and helps prevent some of his worst excesses after he escapes from Westeros, so we really hope she will get a role in the next season.

Added storylines
Some of the cuts are clearly being made for pacing reasons and there have also been some added sequences for the same reason. For example, we needed something to do with Theon and Jon to kill some time between their big events - the taking of Moat Cailin by Theon, and the battle of Castle Black for Jon, respectively.

That's why we have the entire sequence where the Watch fights to kill the mutineers at Craster's, and Asha Greyjoy's attempted rescue of her younger brother Theon. The Asha scene is actually pretty helpful in showing us how Theon's character has been evolving as well, and makes his behaviour down the line more understandable.

The attack on Craster's on the other hand feels pointless. Absolutely nothing is accomplished, and in the books the mutineers are simply killed by Coldhands. It wouldn't have been unexpected to simply show them getting killed off-screen by White Walkers instead, but the show needed to give Jon some screen time, clearly.

Incidentally - Jon doesn't see Ygritte and smile in the middle of a pitched battle. He finds her dead afterwards, and worries that he might have been the one to have killed her, until he realises that the arrow has different feathers from the ones he uses. On the show, you watch Ollie kill Ygritte instead, so Jon never needs to feel any guilt about things. The show separated Robb from the consequences of his actions as well, which made some of Robb's choices before the Red Wedding weaker as well. 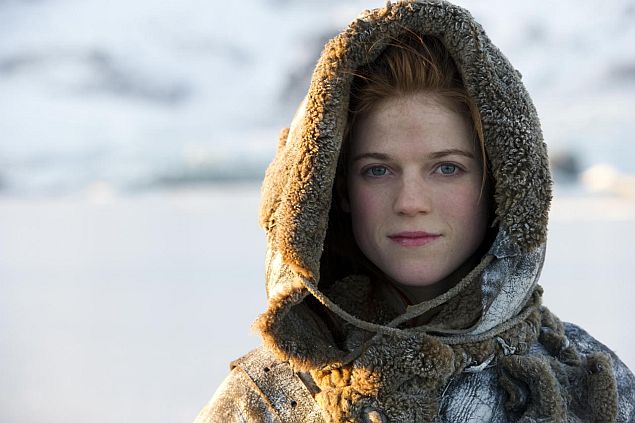 Finally, there's one addition that's just a short scene, but it could have huge ramifications for the story. We see a White Walker carrying away a child offered to them by the mutineers, and carried to a circle where we see what appears to be a different type of White Walker. It appears that the child is being turned into one of them as well - we know little or nothing about these beings in the books, so this was a major reveal for the show.

So much death
And now, a moment of silence for the book readers who were not expecting their favourites to die, even when they gloated smugly in front of the show watchers. Not so funny now, is it guys? Watching Pyp and then Grenn catch is was bad enough, but Jojen "today is not the day I die" Reed getting stabbed like that was harsh.

Of course, the show has a smaller cast of extras to kill when compared to the books, so it isn't really a big surprise that some of the people we had grown used to were going to kick the bucket. If we didn't lose Pyp and Grenn, would it really have felt like a battle?

Jojen's death on the other hand felt mishandled. There was already too much going on in the episode, and Jojen dying like that just didn't have the kind of impact it should have, which is a waste.

Juggling the order of things
There are a number of other changes this season as well - for example, Arya and the Hound never killed Rorge and Biter. Rorge is - in case you're wondering - the guy Arya says "Thank you" to, just before stabbing him through the heart.

Instead, Sandor is badly injured in the battle at the Inn, and dies of his wounds subsequently. It's actually Brienne of Tarth who later fights Rorge and Biter, and kills them.

If the show had gone with that storyline though, we'd have lost the Hound right at the start of the season, and missed out on his travels with Arya, so no one is really complaining about that. Instead, we have the two of them criss-crossing through Westros, until they run into the next unlikely pair, Brienne and Pod.

Obviously, this fight never happened in the books, but it was amazing to watch as well. It also let Arya make a real choice about her destiny for once, something that has been out of her hands since the end of the first season. 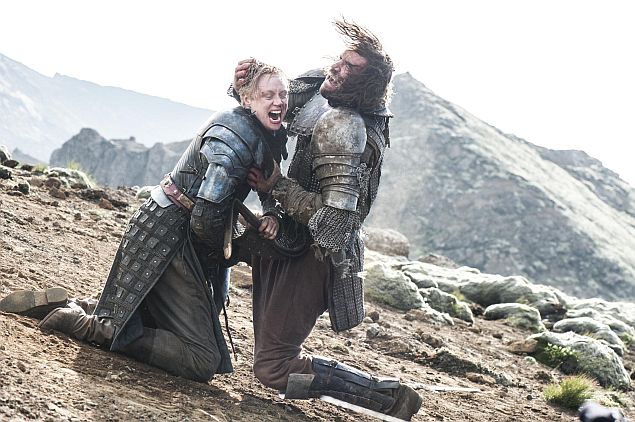 Having the fight take place next to the Bloody Gate does mean that if one particular unresolved thread is explained later on, we're going to have a pretty big plot hole thanks to the geography of Westeros.

In the fifth book, while searching for Sansa, before the fight with Rorge and Biter, Brienne goes to a place called Quiet Isle, a retreat for monks. There, we see a gravedigger who seems to be a ringer for Sandor, and many fans believe that he actually survived after Arya abandoned him.

Finally, there's another instance of changing the order of things which helps paint the characters in a better light than they might really deserve, a la Jon Snow. Stannis is seen in the showing as being rich thanks to the Iron Bank of Braavos, with an army and cavalry to command, and given the recent events in King's Landing, this might actually be a great time for him to have aimed for the South again. Instead, he heroically chooses to save the wall, which is great. But in the books, Stannis heads North because he is completely out of options - the Braavosi came to Stannis and finally meet him outside the gates of Winterfell, much further down the line.