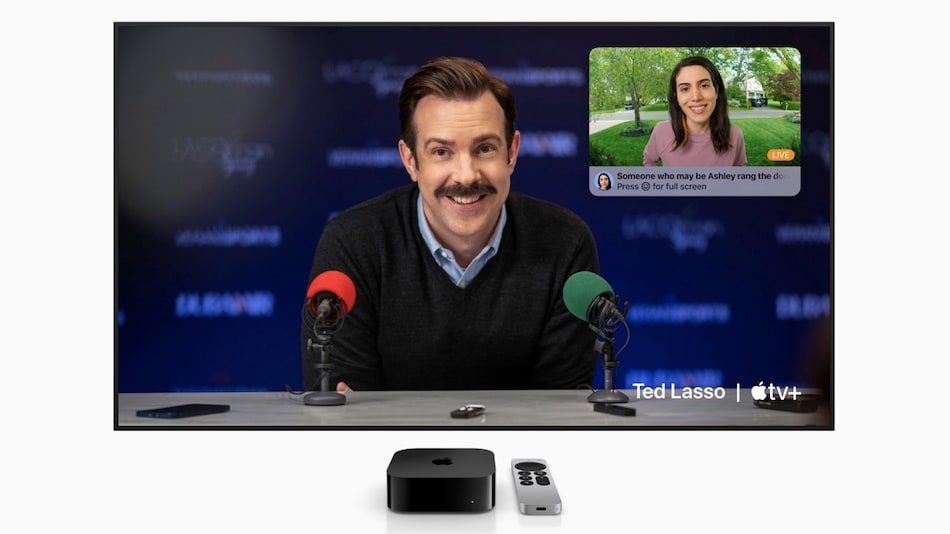 The new Apple TV 4K is more affordable than before at a starting price of Rs. 14,900

Apple TV 4K (2022) has been launched globally, including in India, priced at Rs. 14,900 onwards. The new streaming device from Apple runs the latest version of the company's tvOS platform, and promises better performance and specifications, and is notably priced lower than the previous generation Apple TV 4K streaming device. The new Apple TV 4K also has support for the HDR10+ format for high dynamic range content, in addition to Dolby Vision and HDR10, which were supported on the previous generation devices.

The Apple TV 4K (2022) is priced at Rs. 14,900 in India for the variant with 64GB storage and Wi-Fi connectivity. A higher variant with 128GB storage and Ethernet connectivity in addition to Wi-Fi is priced at Rs. 16,900. Both variants are now available to order through Apple's official online store in India, and will be shipped out and widely available starting November 4.

Apple Care+ is available for the Apple TV 4K (2022) for Rs. 2,900, and the company is also offering three months of free access to the Apple TV+ streaming service with purchases. Apart from streaming content from various services including Netflix, YouTube, Amazon Prime Video, and Disney+ Hotstar, users can also access and play Apple Arcade games on the Apple TV 4K (2022).

The design of the Apple TV 4K (2022) is largely similar to that of the previous generation Apple TV 4K, and the popular Siri remote also returns with the new device. The remote offers access to Siri for voice commands, and can naturally be used for navigation and controls around the tvOS 16 interface on the Apple TV 4K (2022). The more affordable variant only has Wi-Fi connectivity, while the higher variant can also be used with a wired Ethernet connection.

A notable change on the new Apple TV 4K is the A15 Bionic chip powering it - the same processor that also powered the Apple iPhone 13 series, iPhone SE (3rd Gen), iPhone 14, iPhone 14 Plus, and iPad mini (6th Gen). This comes with the promise of better performance for both streaming and gaming.

Like with previous generation devices, the Apple TV 4K supports Ultra-HD streaming from various supported services, including Netflix, Amazon Prime Video, YouTube, and Disney+ Hotstar, among others. Notably, the Apple TV 4K (2022) adds support for the HDR10+ high dynamic range format, in addition to Dolby Vision and HDR10 that were already supported on the previous generation streaming devices. Various audio formats up to Dolby Atmos are also supported.