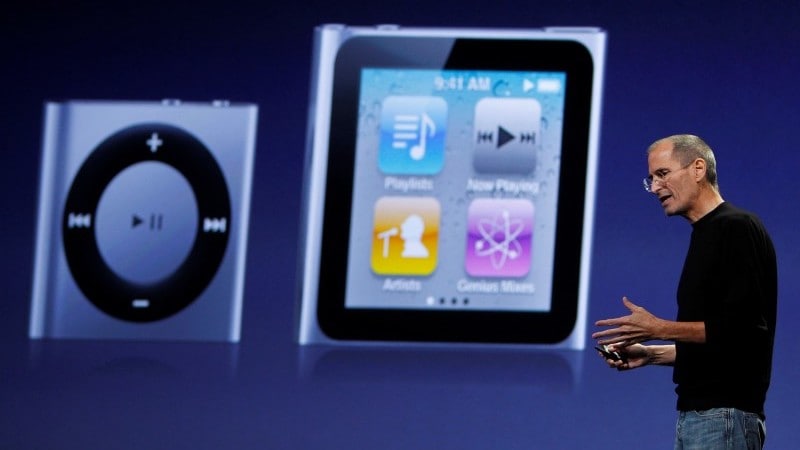 After years of being outsold by the iPhone, the venerable iPod has taken a big step toward eventual oblivion. Apple said Thursday it was discontinuing two of the cheapest iPod models: the nano and shuffle.

The two products have been removed from the Apple online store and will vanish from retail locations as well. Apple demoted the iPod's placement in its retail stores a couple of years ago, moving the devices to the company's accessory shelves. The $149 nano and $49 shuffle were last updated with new colors in 2015, but the nano hasn't been revamped since 2012 while the shuffle hasn't been redesigned since 2010.

"Today, we are simplifying our iPod lineup with two models of iPod touch now with double the capacity starting at just $199 and we are discontinuing the iPod shuffle and iPod nano," Apple said in a statement.

The original iPod arrived in 2001. It wasn't the first digital music player but it upended the music industry and put 1,000 songs in your pocket. The shuffle hit the market in 2005 as the first iPod with faster flash storage and without a screen, while the nano was introduced later in the year as a replacement for the then-popular iPod mini. Both went through several redesigns in their early years before being supplanted by iPhone.

The iPod touch, the company's highest selling iPod and once referred to by Steve Jobs as an iPhone without the phone, remains on sale. The company updated the device's storage capacities on Thursday, discontinuing the 16GB and 64GB models and lowering the price of the 32GB and 128GB options to $199 and $299, respectively.

Apple discontinued the iPod classic in 2014, a large iPod with a "click wheel" that looked most like the original model. Apple Chief Executive Officer Tim Cook said at the time that the classic was discontinued because the company was unable to source the necessary parts. Nonetheless, with the success of the iPhone, the lack of an App Store and services like iCloud and Apple Music, the non-touch iPods have become less useful to both Apple and consumers.

Apple, based in Cupertino, California, has sold more than 400 million iPods so far, while the iPhone surpassed a billion units sold in July 2016.