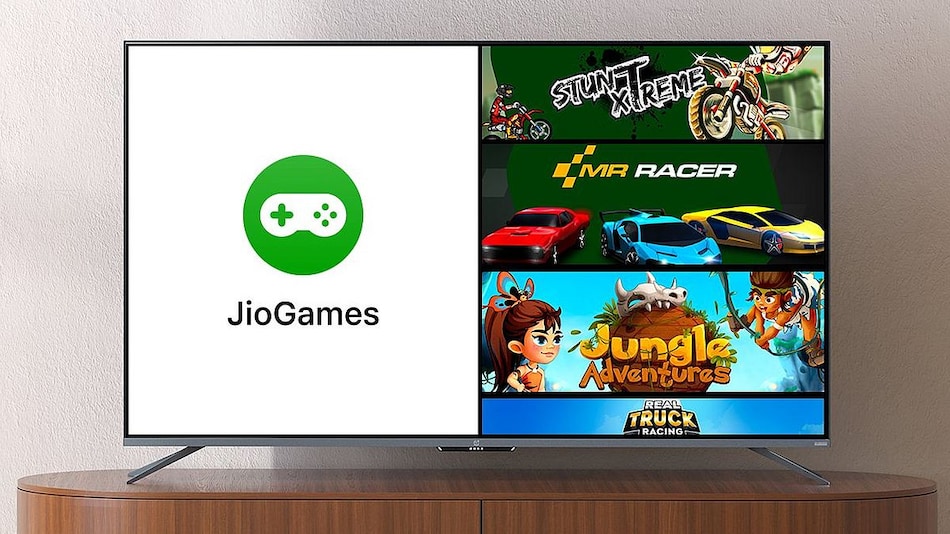 OnePlus TV owners can now access JioGames titles on the company's smart TV models, it announced on Monday, February 28. A small selection of curated titles from the JioGames platform is now available on select OnePlus TV models. The company says that the same “immersive” gaming experience will be made available to additional OnePlus TV models later on. The JioGames service is already available on smartphones, feature phones, and on set-top boxes, and will now be accessible via some of the company's smart TV models as part of a new partnership with the smart TV manufacturer.

The company revealed that owners of select OnePlus TV models will be able to run games such as the KGF Official Game, Alpha Guns, Jungle Adventures 3, Little Singham Treasure Hunt, and more, as part of a curated library of titles from JioGames. OnePlus revealed to Gadgets 360 that the new JioGames integration will be available on U1, Q, and Y1S series, while an OTA update will enable the feature on the company's older U1S & Y1 smart TV models.

Earlier this month, OnePlus launched two new smart TV models in the country, the OnePlus TV Y1S and the OnePlus TV Y1S Edge. The smart TV models are available in 32-inch and 43-inch display options. The TVs offer support for HDR10+, HDR10, and HLG formats, and they run on Android TV 11. The smartphones are equipped with 24W full-range stereo speakers, and come with the company's auto-low latency mode (ALLM), which is claimed to offer a better experience for gamers.