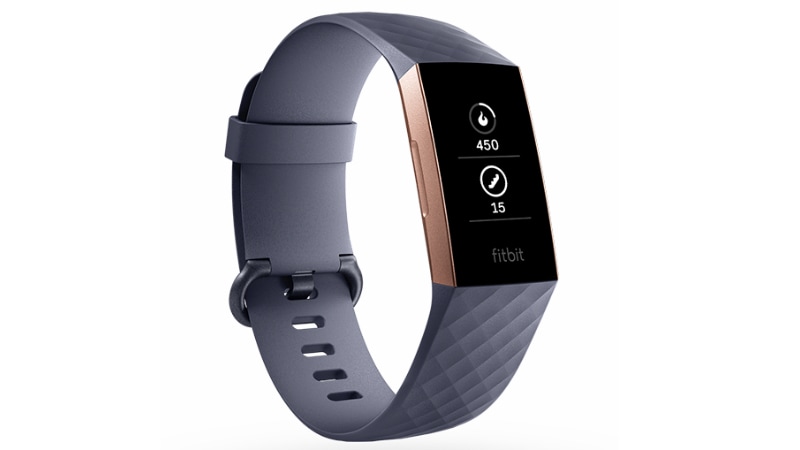 Fitness band maker Fitbit launched its Charge 3 and Charge 3 Special Edition in India in July this year. The price was revealed then, but availability was pegged to be sometime around October this year. After much delay, the company has finally announced the availability of the Fitbit Charge 3 fitness band in India. The Fitbit Charge 3 comes with several new features, such as an upgraded display, swim tracking, and more. It also sports an aluminium body and comes with Gorilla Glass 3 protection.

Fitbit has confirmed that the Charge 3 fitness band will be available across Reliance Digital, Croma, Helios and other major retailers offline and online from January 1, i.e., tomorrow. The device is priced for Rs. 13,990 and comes in Black with an aluminium case or Blue Gray with Rose Gold aluminium case. There's also a Fitbit Charge 3 Special Edition with NFC payments support, and its price is set at Rs. 15,999. Accessories will also go on sale alongside priced between Rs. 2,990 - Rs. 4,490.

The Fitbit Charge 3 features an elevated, premium swim-proof design with a touchscreen display, over 15 goal-based exercise modes, up to 7 days of battery life, and what is claimed to be the company's "most advanced sensor and algorithm technology in a tracker".

It features a 24x7 heart rate sensor, and is able to track sleep, calories, real-time pace and distance, and more. Charge 3 automatically recognises exercises like runs, swims, elliptical, sports and more and records them in the Fitbit app. There's up to 15+ exercise modes like run, bike, swim, yoga, circuit training and more. Fitbit claims that it is water resistant to 50 metres, and can be worn in the pool or shower.

The Fitbit Charge 3 Special Edition also supports Fitbit Pay for adding cards, making payments more secure. It is said to be compatible with computers, Android and iOS devices. Windows compatibility is pegged to be coming soon. The Fitbit Charge 3 with the Fitbit app allows females to track periods, record symptoms and estimate ovulation and fertility windows.

"We've seen amazing consumer reception and strong pre-orders for Charge 3, which are even better than Versa in its first six weeks, underscoring why the Charge family has been our most popular product line for the past few years. Charge 3 is our most innovative tracker yet, featuring our most advanced sensor technology, bringing the relative SpO2 sensor to the tracker form factor for the first time. Data from this sensor will feed into the upcoming launch of our Fitbit Labs Sleep Score beta, which will allow users to better understand metrics like their sleep quality and breathing disturbances. In the future, with FDA approval, this data could be used screen and detect more serious health conditions, such as sleep apnea," said James Park, co-founder and CEO of Fitbit.