Fitbit received at least 174 reports of the watch’s overheating globally, with 118 reports of burn injuries. 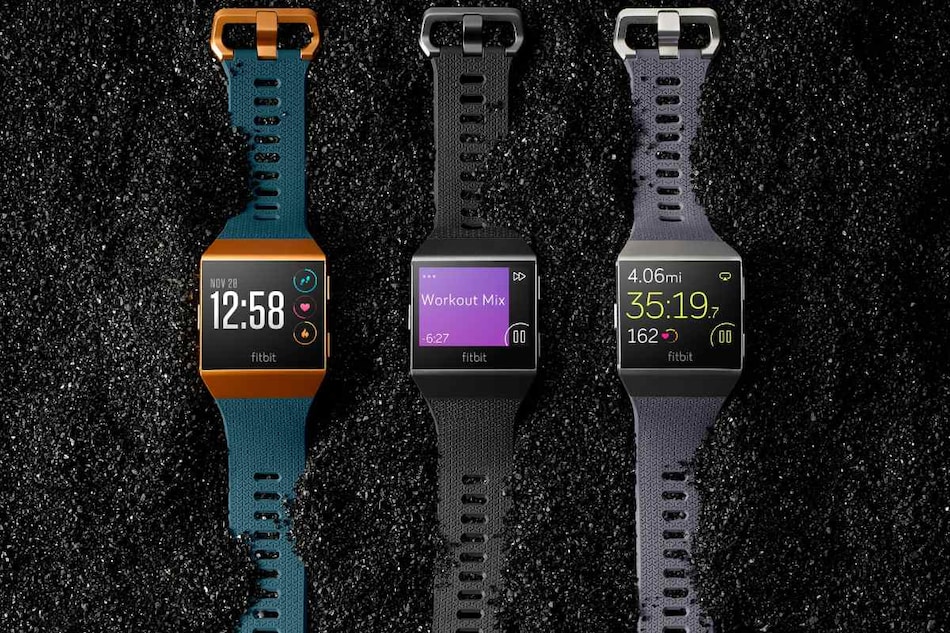 Fitbit Ionic has been recalled by the Google-owned company due to overheating issues that could potentially cause a burn hazard, a US regulator said on Wednesday. The recalling decision comes after Fitbit received more than 100 reports of burn injuries owing to overheating of the smartwatch. Launched back in September 2017, the Fitbit Ionic offered features including activity tracking as well as heart and sleep monitoring. About one million units of the Ionic smartwatch were sold in the US until December 2021, with an additional 693,000 sold globally including India.

As a result of the recalling, Fitbit will issue a refund of $299 (roughly Rs. 22,700) once owners will return their Ionic watch to the company. It will also provide consumers with a discount code to offer 40 percent off on select Fitbit devices, the US Consumer Product Safety Commission noted in its announcement.

Fitbit received at least 174 reports of the watch's overheating, with 118 reports of burn injuries that include two cases of third-degree burns and four of second-degree burns, the US commission said.

“We received a very limited number of reports — the totals in the US regulator announcement represent less than 0.01 percent of units sold — of the battery in Fitbit Ionic smartwatches overheating, posing a burn hazard,” Fitbit said in a statement emailed to Gadgets 360.

The company stated that the recall did not impact other Fitbit smartwatches or trackers.

Gadgets 360 asked Fitbit to confirm how Indian consumers can avail the refund, and the company responded by saying that the users impacted outside the US should visit help.fitbit.com/ionic for information on how to receive a refund.

"The refund will be equivalent to USD $299 in local currency. We urge all Ionic users to participate," the company said.

The recall is limited to four variants of the Fitbit Ionic that have the following model numbers: FB503CPBU, FB503GYBK, FB503WTGY, and FB503WTNV.

Eligible consumers in the US can proceed for the refund by contacting Fitbit helpline at 888-925-1764 or visiting the help section on the company's website.

User reports on the Fitbit Community forums suggest that the overheating issues with the Ionic watch started to emerge shortly after its launch in 2017.

“Today my Fitbit Ionic burnt my wrist. I noticed I had a stinging feeling,” one of the affected users said in a forum post.

This is notably not the first time when Fitbit is recalling one of its popular wearables. In 2014, the company recalled its Force wristband after facing complaints of skin rashes and irritation. Fitbit also avoided recalling the Flex wristband despite getting similar skin irritation reports and said that it made some adjustments and put a warning that it could cause allergic reactions due to nickel.