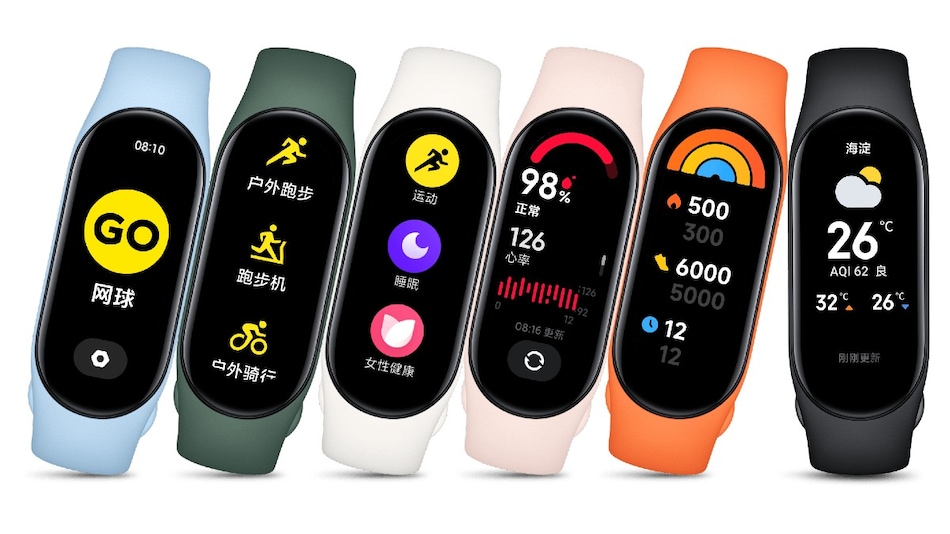 Mi Smart Band 7 could be making its debut in the global market soon. The details are yet to be officially intimated by the company, but the latest wearable has reportedly been spotted on the Infocomm Media Development Authority (IMDA) certification site, hinting that it may arrive globally soon. Xiaomi recently unveiled the Mi Smart Band 7 in China. It has a 1.62-inch full-screen AMOLED display and offers various health monitoring features including heart rate monitoring and blood oxygen saturation (SpO2) measurement. The Mi Smart Band 7 supports a total of 120 sports modes and offers over 100 customisable band faces.

Known tipster Mukul Sharma (@stufflistings) has spotted the Mi Smart Band 7 on IMDA listing with model number M2130B1. Xiaomi, though, is yet to announce any details regarding Mi Smart Band 7's global variant.

To recall, the Mi Smart Band 7 was unveiled in China last month, alongside Redmi Buds 4 Pro, with a price tag of CNY 249 (roughly Rs. 2,900) for the standard edition. The NFC variant costs CNY 299 (roughly Rs. 3,500). It is offered in Black, Blue, Green, Orange, Pink, and White colour options.

Calls and message notifications can be accessed on Mi Smart Band 7. It comes with NFC and Bluetooth v5.2 connectivity as well. The wearable is water-resistant up to 5ATM (50 meters). It is claimed to deliver up to 14 days of battery life on a single charge.