Oppo Watch 3 series will be powered by a Snapdragon W5 Gen 1 SoC. 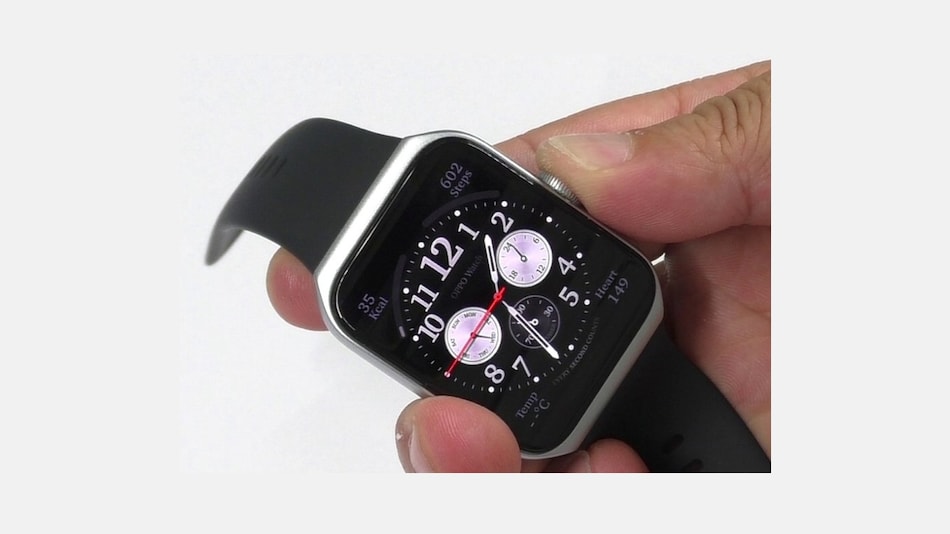 The Oppo Watch 3 could sport a rectangular micro-arc design, crown button on the side

Oppo announced on Friday that the Oppo Watch 3 series will be unveiled in China on August 10. The company previously confirmed that this lineup will be powered by the new Qualcomm Snapdragon W5 Gen 1 SoC. Oppo has neither delved into any other information regarding this upcoming series nor has it officially revealed its complete design. However, alleged design renders of the Oppo Watch 3 leaked on Weibo recently. Now, a reliable tipster has shared even more alleged images of the Oppo Watch 3 series.

Oppo took to Weibo to announce that the launch date of the Oppo Watch 3 series is set for August 10. These smartwatches will be unveiled during a launch event that will begin at 7pm local time (4:30pm IST) in China. This launch date was previously tipped along with the information that this lineup could sport a low-temperature polycrystalline oxide (LTPO) display with an adaptive refresh rate. The Oppo Watch 3 series could also feature ECG monitoring technology.

In related news, Evan Blass (@evleaks) has seemingly got his hands on an Oppo Watch 3 series smartwatch. He recently tweeted supposed live images that showcased the previously leaked rectangular dial with a crown button on the side. It seemingly sports a silver frame and a black silicon strap.

A recent report mentioned that a tipster leaked the design renders of the Oppo Watch 3, offering a look at its micro-arc design. Furthermore, these smartwatches are confirmed to feature a Snapdragon W5 Gen 1 SoC. The global variants will likely be equipped with this chipset as well.

The Oppo Watch 3 series is rumoured to include three models — OWW211, OWW212, and OWW213. They could come in Black, Silver, Dark Gray, and Light Gold colours. It is said to sport a high screen-to-body ratio with a minimum bezel design.