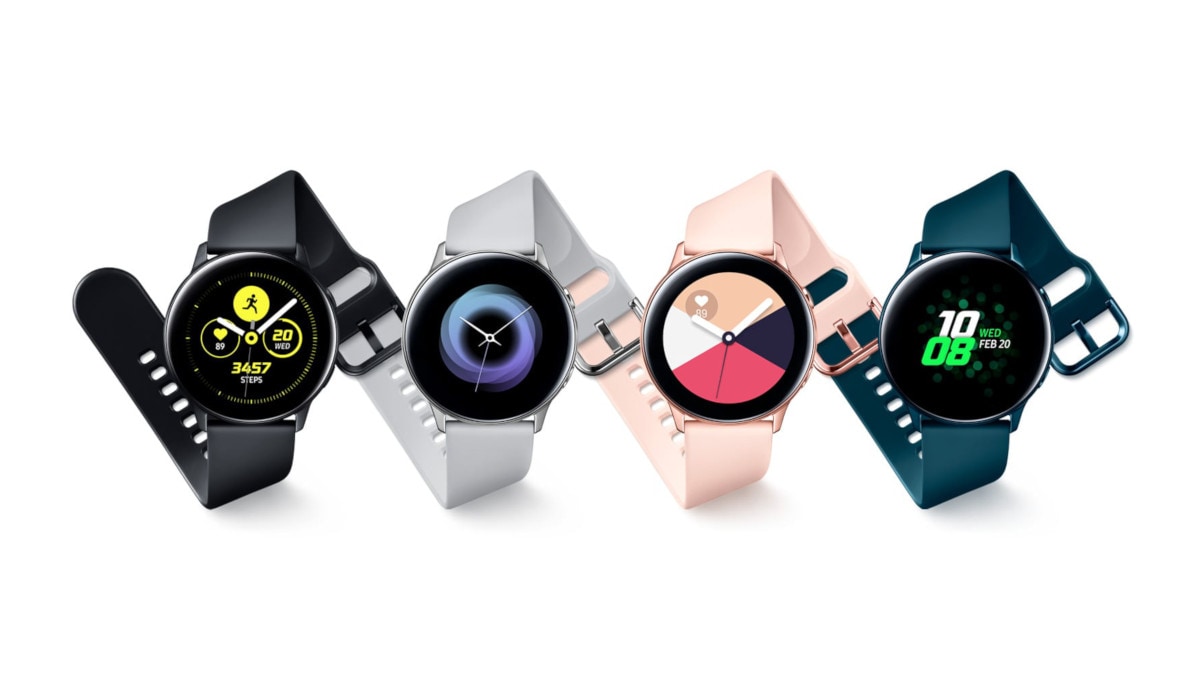 Samsung Galaxy Watch Active price in India has been set at Rs. 19,990

Introduced alongside Galaxy Fit and Galaxy Fit e activity trackers, Samsung Galaxy Watch Active has been priced at Rs. 19,990 and it will be sold via Amazon India as well as Samsung Online Store. It will also be offered via Samsung stores and other major retailers offline. The smartwatch sales open June 25. The Samsung Galaxy Watch Active will be offered in Black, Deep Green, Rose Gold, and Silver colour options.

As we mentioned earlier, Samsung Galaxy Watch Active was originally announced in February. It comes with a minimalist design in a thin and light body. The smartwatch sports a 1.1-inch 360x360 pixels circular AMOLED screen, which is covered by Gorilla Glass 3. It packs a 230mAh battery, dual-core Exynos 9110 SoC, and Tizen-based Wearable OS 4.0. Samsung claims the Galaxy Watch Active can go on for 45 hours on a single charge. Additionally, Samsung has included 768MB of RAM, 4GB of onboard storage, and a heart-rate sensor onboard.

“Galaxy Watch Active takes a holistic approach to monitoring everything that matters most. Its exercise, sleep, stress and health tracking features make Galaxy Watch Active a personal lifestyle coach for those seeking a healthier body and mind,” Samsung said in a statement.

Its blood pressure monitoring feature, which was said to be limited to select markets at the time of original announcement, is also supported in the Indian variant of the smartwatch. Additionally, thanks to the presence of Tizen, Samsung Galaxy Watch Active has access to a number of third-party apps that further enhance the usability of the smartwatch. There is Bixby voice assistant integration as well to enable voice actions, allow users to make calls or send messages without ever picking up your phone.