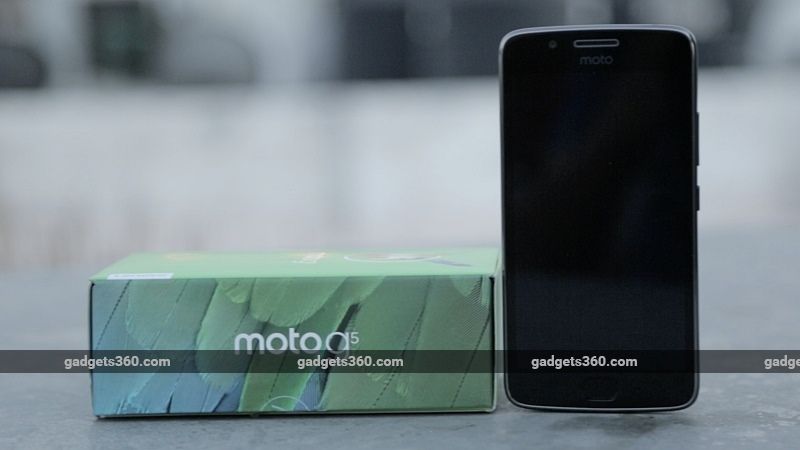 In order to counter the new Reliance Jio Summer Surprise offer and retain users, telecom operators such as Airtel, Vodafone, and Idea may soon launch aggressive offers, according to analysts. The incumbents are expected to launch offers comparable to Jio Summer Surprise, even at the cost of short-term revenue loss.

Moreover, these telcos may start marketing their new plans more heavily that they have so far in order to reduce churn, especially in the mid- to high-end segment, say analysts.

WhatsApp may launch UPI-based payments service
WhatsApp seems keen to extend its presence and reach in India, and might soon launch a UPI-based digital payments service. A report says the Facebook-owned company plans to launch the peer-to-peer payments service within six months. In a job posting on its website, the company is looking for a Digital Transactions Lead for India; requirements include technical and financial background and understanding of UPI and BHIM platforms to enable money transfers and merchant payments. A WhatsApp spokesperson said, "India is an important country for WhatsApp, and we're understanding how we can contribute more to the vision of Digital India."

Meanwhile, the latest version of WhatsApp for Android beta has removed the restriction on contact sharing. Unlike before, you can now share multiple contact cards with your friends on WhatsApp at the same time, and get back to your work sooner.

New H-1B guidelines seen as crackdown on computer programming jobs
New H-1B visa guidelines issued by the US have made it tougher for companies to hire foreign technology workers. The changes require additional information for computer programmers applying for the work visa to prove the jobs are complicated and require more advanced knowledge and experience. The new guidelines are seen as an extension of President Trump's promise to create local American jobs, following up last month's suspension of the expedited visa process.

Xiaomi Mi 6 to launch in April
During a live-stream, Xiaomi CEO Lei Jun revealed that the Mi 6 – the successor to last year’s powerhouse Mi 5 – would be announced sometime in April. Jun shied away from a date, but previous reports have pointed to a Xiaomi event on the 11th, or the 18th. Not a lot is known about the phone, except a dual-camera sensor that sports 30-megapixel. Thankfully, we’ll know more before the end of this month.

Android 7.1.2 Nougat, iOS 10.3.1 updates now rolling out
Both Apple and Google rolled out minor updates for their devices, to fix bugs and improve security on their platform. For iPhone and iPad devices, the new iOS 10.3.1 update brings back 32-bit device support, so those who were left behind – iPhone 5/ iPhone 5c – can now get the iOS 10.3 update they missed earlier. Among the important features of the update is a fix for a Wi-Fi vulnerability (CVE-2017-6975) which affected the above devices, and could allow an attacker to execute arbitrary code on the Wi-Fi chip.

On the Android front, v7.1.2 Nougat is available for Pixel, Pixel XL, Nexus 5X, Nexus 6P, Nexus Player, and Pixel C, and users can either download factory images or the OTA files to sideload the update, in case they they don't want to wait for the update to roll out to them. The new Android 7.1.2 update fixes several issues for Pixel smartphones, such as pink banding on the camera, early shut-down, audio popping at high volumes, among other bug fixes. It also brings with it better fingerprint swipe performance, Bluetooth connectivity improvements, and battery usage alerts.

Micromax Bharat 2 reportedly launched in India
Micromax Bharat 2 – a low-cost Android smartphone with support for 4G VoLTE – has reportedly launched in India, if pictures from a certain retailer are to be believed. The new Bharat 2 sports a 4-inch display with 480p resolution, a 1.3GHz quad-core processor, and only has 512MB of memory. That is somehow enough to run Android 6.0 Marshmallow, though you shouldn't expect it to perform well over the long term.

On the storage front, you get just 4GB – don’t try to store a lot of music or videos – though there is a microSD card slot, thankfully. Micromax also has decided to stick with the headphone jack, which is always good news these days. The Bharat 2 has an MRP of Rs. 3,750, but is said to be available at Rs. 3,499 in the market.

Android overtakes Windows in Internet traffic, says study
For long, we’ve known that more and more people are getting onto the Internet for the first time through mobiles, rather than desktops. So, when a new report by Web analytics firm StatCounter confirms the slide, it feels almost obvious. Android has finally overtaken Windows as the most popular OS for users on the Web, with the slightest of margins – 0.02 percent, to be exact.

Google’s open-source ecosystem sits at 37.93 percent in March readings, while Windows comes in at 37.91 percent. The data combines Internet usage across desktops, laptops, tablets, and mobiles. StatCounter CEO Aodhan Cullen called it “the end of an era”. Hopefully, the data for April won’t pour cold water on his words.

Facebook testing two News Feeds for Android, iOS users
After copying endlessly from Snapchat, Facebook’s next target seems to be one of its own: Instagram. In what is evidence of A/B testing, Facebook has introduced a new tab on its Android and iOS apps – between the News Feed and the Friends section – which delivers content that members might find interesting.

The approach is like Instagram’s search section, which studies your browsing habits, and interaction to suggest stories, videos, and images that you might like. Marked by a rocket-shaped icon, the second News Feed provides users with a feed of pictures, videos, and posts from sources that the user does not follow on the website but are similar to their interests.

Netflix brings downloads and offline viewing to Windows 10 app
The Netflix app for Windows 10 PCs received an update on Monday, to bring it in line with its mobile counterparts on Android and iOS. You can now download videos to watch later with the desktop app, which should help people that tend to travel a lot, and wanted to bring their entertainment with them. To download Netflix content, you can choose between Standard or High video qualities, and the videos can be found in the My Downloads tab when you hit the hamburger icon on the top-left.

Verizon merger of Yahoo and AOL to be called Oath
In what can only be an absurd rebranding effort, the impending merger of Yahoo and AOL post Verizon acquisition of the former, will be known as Oath, according to a tweet by AOL CEO Tim Armstrong. It’s baffling to imagine a marketing department decided on the word “Oath” as a great name, especially given how far Yahoo has recently fallen. For one, it was valued at just $4.48 billion by Verizon, and the multiple reveals of hacking incidents late last year have only further harmed its reputation.