Pokemon Go: Only for the Brave in Lagos 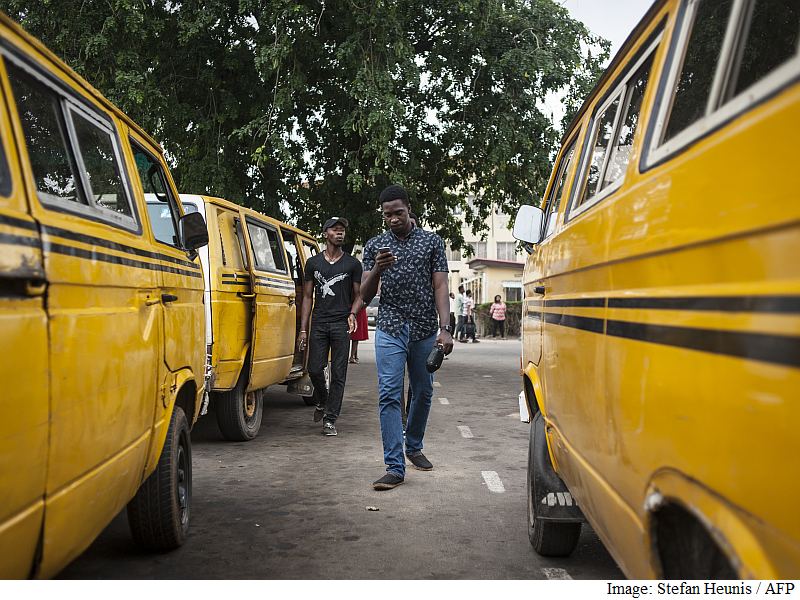 It's safe to say Nintendo's hit mobile game Pokemon Go is more suited for playing in the clean, well-lit streets of San Francisco or the impeccably-maintained parks of New York.

Anarchic Lagos on the other hand, with its seemingly suicidal motorcyclists, festering sewage and prowling thieves, doesn't appear to be the ideal place to go hunting virtual creatures.

But some locals in the West African megacity think nothing of braving the chaos to catch them all.

"Here it's like Mad Max, you've gotta be sharp or else there will be some injuries," Timi Ajiboye, a 23-year-old software developer, told AFP.

(Also see:  How to Play Pokemon Go in India? Here's Everything You Need to Know)

"Sometimes it's just not safe to bring out your phone. If you do, thieves will come at you like flies," added Ajiboye's younger brother Tade.

Playing may be dangerous yet Nigeria has its perks, insisted the 19-year-old electrical engineering student at the University of Lagos.

"There's so much rare Pokemon here because it's not a mainstream country," Tade said. "Fortunately for me, I live here."

The 19-year-old explained that he's seen "quite a few Bulbasaur" though hasn't been able to catch the green dinosaur-like species since "they are very stubborn".

Like many other players around the world, the Ajiboye brothers found a way to download the game when it was released early this July, despite it being officially available only in the United States, Australia and New Zealand.

The enthusiastic uptake is a sign of the mobile revolution happening in Nigeria, which is Africa's largest mobile market.

Companies have committed to 3G coverage in 90 per cent of the country and are starting a fibre network roll-out in six cities, according to Bloomberg News.

Signal fog
Not long ago, playing Pokemon Go would have been unthinkable in Lagos, which is infamous for its patchy mobile coverage.

Though things have improved, most Nigerians still carry two, even three mobile phones subscribed to different networks to circumvent the headaches of dropped calls and lagging internet.

In a perfect world, Tade says he would have the game installed on both his Android and Apple phones, carry an internet dongle and power bank to charge flat batteries.

He would also wear holographic glasses so he could experience three-dimensional Pokemon similar to when Princess Leia appeared as a blue apparition in the film "Star Wars".

With its widespread mobile network coverage and relative security, the sprawling University of Lagos campus is quickly becoming a breeding ground for aspiring Pokemon "trainers".

"I'm on EDGE," groaned Tobi Akinnubi, a 19-year-old chemical engineering student, as he walked on campus. "You can't do anything."

Soon the signal fog cleared and Timi stopped dead on the sidewalk and focused on the middle of a busy four-lane street full of yellow honking minibuses packed with students.

Where others saw a hedge, Timi saw treasure and zig-zagged through the traffic to the central reservation, hunched over his phone.

Seconds later he raised his hands over his head in victory: he had caught a fishy Goldeen and a buck-toothed Raticate.

Growing pains
There are some drawbacks to playing in Lagos. There aren't so many Pokestops - landmarks to get useful items - or gyms, a communal space to battle.

The sole Pokestop on campus is at a mosque, where a cluster of students were gathered and Esther Mustapha, a 22-year-old French student, had just downloaded the game.

"It's fascinating, who puts the Pokemon on the floor?" she wondered as she worked to catch her first Squirtle, a doe-eyed turtle.

Then the signal went and the game froze. "C'mon, wake up!" Mustapha said.

But perennial safety concerns mean that Nigerians -- maybe more than most around the world -- will have to pass up many rare Pokemon in the foreseeable future.

The stakes are just too high, said Oyinbecks Olajide, a 20-year-old French student.

"They will steal you and your Pokemon!"
Comments