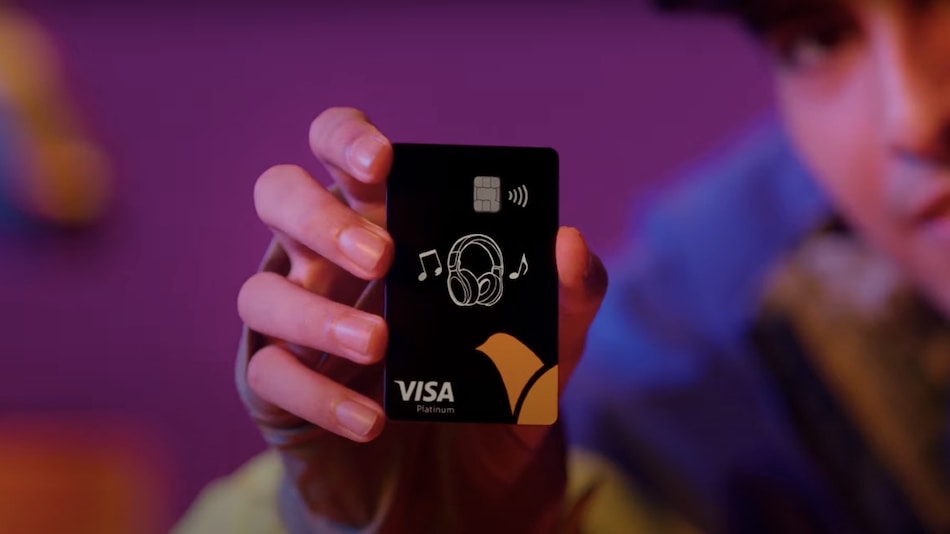 Satya Siba Nayak, 15, uses a debit card to pay for YouTube Premium and Netflix, to download apps from Google Play, and to pay for things when he's out with friends. Signing up for an app called FamPay enabled Nayak to have his own card for making offline and online payments.

“My dad doesn't live with us as he works in Karnataka and my mom wasn't used to Google Pay and stuff, so I was researching about a solution to make cashless transactions,” the class 10 student told Gadgets 360.

He said that asking for one-time passwords (OTPs) earlier was quite an eyebrow raiser for his parents, but with his dedicated account on FamPay, he doesn't have to bother them anymore.

Young Indians like Nayak say that cash allowances from their parents are neither convenient nor always feasible. For many parents, prepaid wallets were a good option to give their children more freedom, while allowing them to set limits too. Now, a new wave of fintech platforms are building out full-fledged debit programmes for teenagers, and seeing transactions worth crores each month. But alongside the increase in the number and value of transactions taking place through these platforms, the growth of apps being an ultimate financial source for kids is also raising concerns.

Before going for FamPay, Nayak used to make transactions using the cash he was getting from his parents in the form of pocket money. He also often used debit cards from his parents for placing online orders. But the ease of getting his own card has increased Nayak's spending (online and offline) to Rs. 2,500 a month.

FamPay is just one of the popular new-age banking apps (commonly known as neobanks) in India that are meant for kids and teens. Other popular apps in the category include Junio, launched in May this year by former Paytm executives, and Walrus, which was launched in 2019.

Sourojyoti Barman is another one of the active users of FamPay. Barman (17) signed up on the app in January with the sole purpose of having his own card for making transactions instead of relying on the solutions opted by his parents.

Just like Nayak, Barman is spending about Rs. 2,500 on a monthly basis through FamPay. He, however, noticed that his overall spendings declined from Rs. 3,000 a month that he had prior to getting the FamPay card because he receives limited money in this account, unlike the unlimited access he used to get from the Google Pay account of his father.

As traditional banks don't allow teens to have their standalone bank accounts sans a parent or guardian, platforms including FamPay and Junio try to fill in that gap. As such, you don't need your parents' consent to create an account, nor do they need to have their own account with these apps, nor are documents such as birth certificates asked for.

All you have to do is to download the app on a device, verify your phone number, and register by filing personal information, such as their full name and complete address. Once the registration form is filled on the dedicated app, the platforms have a know-your-customer (KYC) requirement that the parents need to complete by uploading a government issued ID card.

The apps also charge a fee to sign up. FamPay charges a one-time fee of Rs. 299 for its regular card, or Rs. 599 for the premium card. The main difference is rewards and tie-ups like Zomato Pro, and personalisation of the card.

Junio, on the other hand, has a single Rs. 99 signup fee. The company adds that in return of the signup fee, users get a scratch card, which has cashback up to Rs.1,000.

These apps also give parents the ability to keep an eye on the spendings of their children through dedicated analytics and dashboards. At the same time, parents can stop any transactions from their end or receive notifications for every new payment their kids make through the app.

Although apps including FamPay and Junio are designed to be a platform for teenagers, they don't want to remain a solution only until their customers become adults. The aim of these new players is to emerge as the one-stop banking solution for these teens once they complete their adolescence phase.

“If we open a bank account, if we are happy with it, we don't go and change,” said Shankar Nath, Co-Founder of Junio. “So, we want to become that and catching children at the age of 12–13 and making a relationship with them through our app is what we are looking after.”

Key differences between traditional banks and fintech apps for kids

David Monahan, Campaign Manager for Boston, Massachusetts-based kids-focussed watchdog group Fairplay, noted that prepaid cards targeting children raised important concerns about the sensitive data that companies were compiling about kids' spending habits and whom they were sharing it.

When asked about data sharing, which is also suggested in the privacy policy listed on the company's site, Junio said that it did not share user data with any third parties.

FamPay, on the other hand, said that it takes user consent for data sharing.

“As part of our co-branding arrangement with our banking partner and other allied services, we are required to share KYC and other data to enable the bank and ancillary service providers to authenticate users in order for them to commence transactions on our platform. We have processes in place to ensure consent is obtained for such data sharing once the user becomes a part of our ecosystem only,” the company said.

Monahan also stated that under the guise of promoting financial literacy, these platforms were actually designed to get even younger children in the habit of making purchases without regard to whether they could afford or need things.

“They're also building brand loyalty for certain banks and brands when children are young and impressionable,” he added.

Kazim Rizvi, Founding Director of public-policy think-tank The Dialogue, agrees with the concerns raised by Monahan and pointed out that these teen platforms were also collecting biometric data of minors that required a higher degree of protection.

“These apps aim at sub-18-year-olds and their parents. This raises questions on valid consent, to the usage of services and the financial system broadly. It goes without saying that such an endeavour inevitably collects swathes of data,” he said.

Some market experts also believe that regulatory control needs to be in place as minors are considered as the target audience by these platforms, but the Reserve Bank of India doesn't have any specific norms for these young customers.

However, Raghav Aggarwal, a Principal Consultant who analyses fintech strategy and deals engagements at PwC, in his personal capacity, told Gadgets 360 that regulating these platforms and recognising them as an individual bank would involve a lot of capital requirements.

“As soon as you recognise an institution as an individual bank there are a lot more compliances, there are a lot more capital requirements which kind of come into the picture, which would block a lot of capital or would require expensive capital from these neobanks, and instead of channeling into let's say the innovation, technology, customer acquisition, they would have to park that money in form of in form of compliances,” he said.

For fintech apps, the goal isn't just to play a part in the lives of kids, but to become a part of their continuing lives.

“That is why we call ourselves FamPay and not just a teenage payments app,” said Kush Taneja, Co-Founder of FamPay. “We want to stay with them, we want to include them in the entire financial ecosystem, and we want to grow with them.”

Ankit Gera, Co-Founder of Junio, told Gadgets 360 that one of the ongoing developments was to give credit on UPI through the app.

“Because kirana stores in your neighbourhood may not have a swipe machine, so we are building a feature where you can scan and pay. We are about to give credits on that payment mode because those are like small payments of 100 rupees,” he said.

Junio is also planning to eventually offer college, education, and personal loans that would be given to users when they attain the age of 18. In the short-run, the company is in talks with fast-moving consumer goods (FMCG) brands to run various offers on its platform.

What is attracting kids?

Nath of Junio told Gadgets 360 that he and his partner Gera took Greenlight (a popular app in the US) as a reference model for their app.

“Children nowadays are the CTO of the household, almost because they're, in many cases, far more savvy than their parents digitally,” said Nath, who formerly worked as Chief Marketing Officer and Senior Vice President at Paytm. “So our entire approach was essentially motivated by the fact that if a child is transacting digitally, he or she should be having his own payment instruments, under supervision, of course.”

While Google Pay and PhonePe compete with huge cashbacks and rewards to get people to sign up, the team at FamPay said that kids aren't looking for the same kind of offers.

“Kids don't come to our platform for rewards,” said FamPay's Taneja. “When they pick something, they don't pick because of the reward, they pick because they feel that emotional connection, the brand value, the value prop and that aesthetic are much more higher than just rewards.”

FamPay also offers the ability to let teenage consumers communicate with customer agents on its platform using GIFs, memes, even voice notes. There are doodles on FamPay's FamCard Me to give a personalised feel to young customers.

FamCard Me lets kids have doodles on their prepaid cards to get a personalised feel
Photo Credit: FamPay

FamPay is in plans to bring fantasy characters on its cards to bolster personalisation. Taneja indicated the fantasy characters could be from Disney and may come at the cost of FamCoins. The customers we talked to are more interested in making payments without OTPs than customising their cards, though.

“You could really get creative with FamCard Me and have seen great designs, but for the Rs. 600, I don't think I would take that,” said Nayak. “If they would give some discount I may reconsider.”