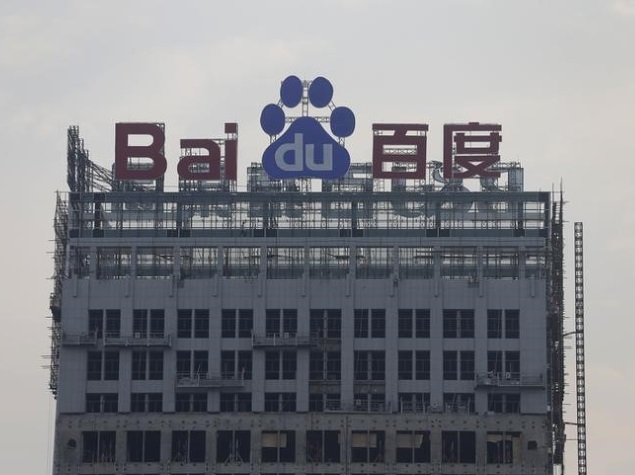 Chinese Internet giant Baidu Inc agreed to buy a stake in Uber as the online car-hailing service seeks to gain ground on rivals with powerful backers in one of the world's biggest transportation markets.

The companies didn't disclose how big a stake Baidu is taking, nor how much it is paying for the investment in the taxi app operator.

The deal was announced jointly in Beijing by executives including Uber Chief Executive Travis Kalanick, making his first public appearance since a rape case involving a driver in India that resulted in New Delhi government ban on Uber.

Baidu is the latest big-name investor, joining the likes of Goldman Sachs and Google Inc, to place a bet on the fast-growing transportation company, now valued at a hefty $40 billion (approximately Rs. 254 crores). Uber's aggressive growth has been accompany by negative publicity over some of its business practices and bans in some countries.

China had around 18 million taxi app users in 2013 which is set to rise to around 45 million by 2015, according to Chinese internet consulting group iResearch.

Speaking at Baidu's headquarters in Beijing, Uber CEO Kalanick said his company will integrate its service into the popular Baidu Maps smartphone app.

"Millions of people open Baidu Maps everyday to look at where they're going next," Kalanick said. "We can take them there."