Firefox Translations offers support for a total of eight languages. 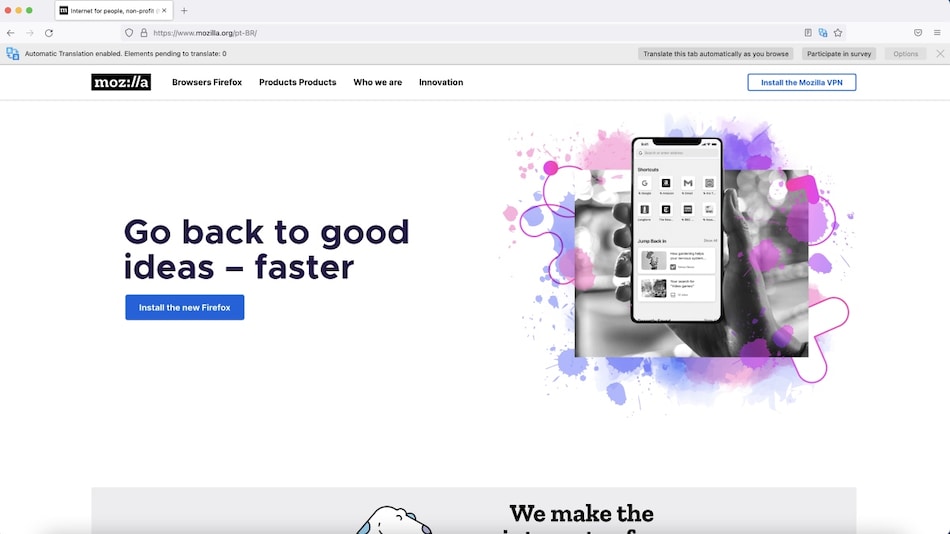 Firefox Translations has been developed under The Bergamot Project

Firefox Translations add-on by Mozilla has been released. The new tool has been developed under The Bergamot Project which is aimed to provide an option that runs directly on users' machines for web page translation and, at the same time, preserve their privacy. The add-on will translate the text in and from any language by using the user's computer resources and the data will not be sent to the cloud for processing. It is currently available for translation in eight languages, and work is in progress for further four languages.

As per the announcement by Mozilla, Firefox Translations add-on is available for download on Firefox Nightly, Beta and in Firefox General Release. The tool provides automated translation of web content done locally, on the client-side. It was developed with The Bergamot Project Consortium, coordinated by the University of Edinburgh with partners Charles University in Prague, University of Sheffield, University of Tartu, and Mozilla.

Mozilla says the Firefox Translations added two novel features. The first is translation of forms, and “the second feature is quality estimation of the translations where low confidence translations should be automatically highlighted on the page, in order to notify the user of potential errors,” as per the blog post by Mozilla.