It looks like Google misspelled multiple non Latin- or Cyrillic-based languages during the event. 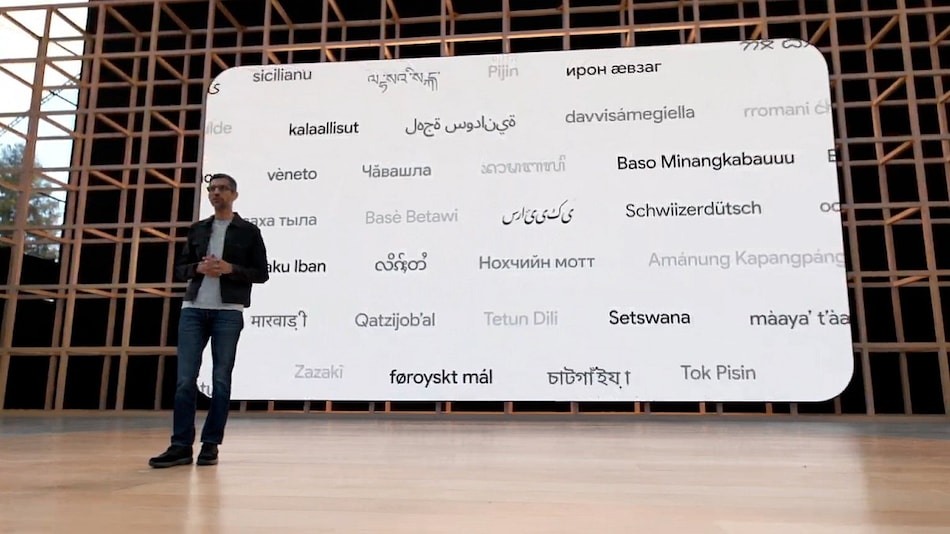 Google I/O 2022 — the company's annual developer conference — is underway, hours after the keynote event was held on Wednesday. During the event, Google announced a wide range of updates and improvements to its products and services, including Google Maps, Android, Google Workspace, Google Meet, YouTube, and the Google Assistant. During the keynote event, the company also announced that Google Translate was adding support for 24 new languages, supported by machine learning. However, users have pointed out that the company's slide at the event had multiple errors for different languages.

During the event, a screen behind Google CEO Sundar Pichai listed some of the languages added to Google Translate thanks to the company's breakthrough machine learning (ML) technology called Zero-Shot Machine Translation. The feature allows the ML model to learn a new language without ever seeing a direct translation of it, according to the company. Meanwhile, Twitter user Sam Ettinger (@DHammarskjold), pointed out that languages that were not Latin- or Cyrillic-based were incorrectly written on the screen. A screengrab was also shared by user Rami Ismail (@tha_rami) highlighting one of the errors.

I made a helpful annotation for everyone. Every single one that's not Latin- or Cyrillic-based is wrong (at least a little bit).

I struggled a bit with displaying the Bengali script, but I made it work better than did this "Google" startup, whatever that is https://t.co/0nCKiOsJLh pic.twitter.com/R9mlxeuMvx

In an image with annotations of the incorrectly written slides, Ettinger revealed that the word “Sudanese dialect” has the words disconnected, while the layout is left-to-right. Saraiki, on the other hand, a language spoken in parts of Pakistan has disconnected letters and written as left to right on the slide. The word ‘Marwari' is also incorrectly displayed on the screen, with the nukta and the last vowel moved to the right, while the word for “Lhasa Tibetan” has the vowel and subjoined h/k letters moved far to the right, according to Ettinger.

According to a response by another user @rdorje_aabrug to Ettinger's post, the visual glitch for one of the languages could have been caused due to the Noto Sans Tibetan font on Google Docs that causes shifted consonant stacks and vowels when Docs creates an image from the typeface for a PDF, or a slide during a presentation. The user states that an indirect fix for the issue showing the Tibetan font incorrectly is to use a new font called Jomolhari instead of the default Google Noto Sans Tibetan font.

Unfortunately, it appears that Google's keynote at the event does not show the same slide that was present during the livestream of the event, that was shared by users on Twitter. Instead, an updated screen is displayed with some changes. However, Gadgets 360 was able to confirm that the slide shared by users was indeed present during the livestream of the keynote, and not the one that is currently available to users on Google's YouTube channel.