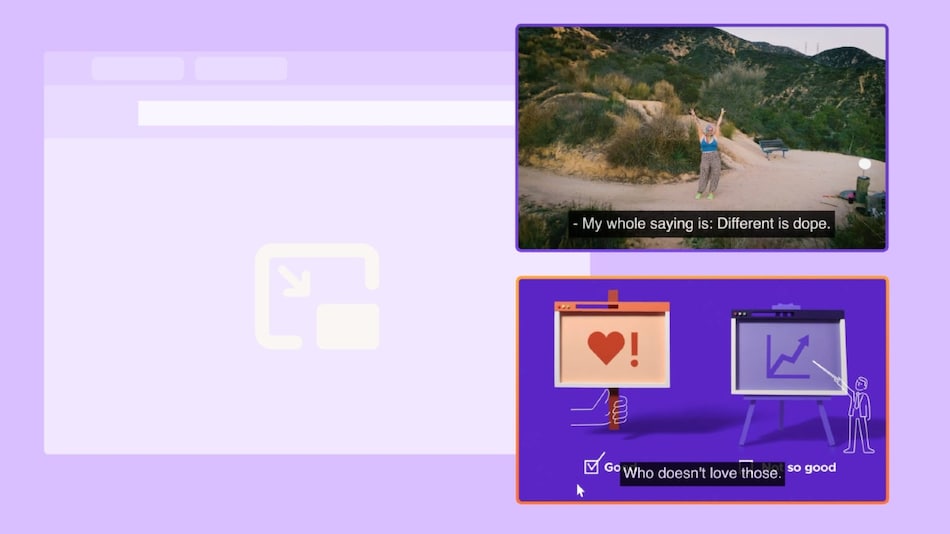 Mozilla Firefox 100 was released for desktop and Android on Tuesday, May 3. With this update, Mozilla has introduced several new features, fixes, and changes. The Firefox Web browser now supports subtitles/ captions in the picture-in-picture (PiP) mode on YouTube, Prime Video, and Netflix. Subtitles will now automatically appear in PiP mode if you already have them turned on in the in-page video player. This feature is now also supported on websites that utilise WebVTT (Web Video Text Track) format, like Coursera.org.

Mozilla has introduced a plethora of changes with the 100th version of its browser. Several new video playback features have been added to the Firefox browser. Mac users running on macOS 11+ can now enjoy HDR video streaming on YouTube. Also, hardware-accelerated AV1 video decoding can now be enabled on Windows systems with supported GPUs. Furthermore, video overlay has been enabled on Windows for Intel GPUs, which is expected to reduce power usage during video playback.

There are also a couple of new language support features. Firefox is now programmed to give users the option to change the browser language if it does not match the system language when opened after a fresh installation. The developers have also added additional languages for the Firefox spell-checking feature.

With the release of the 100th version, Mozilla has made some improvements to the interface as well. The indicator for links has been changed to a solid blue line instead of a dotted one to improve its visibility. An option has been added that allows users to select a preferred colour scheme for websites. A few tweaks have also been made that are believed to improve the performance of the volume slider on Twitch.

Mozilla notes that the Firefox 100 might not work properly for some websites, which could be due to its new three-digit version number. It has shared a workaround if users experience such issues.