Live captions was first introduced at Google I/O 2019 as a Pixel 4 exclusive. 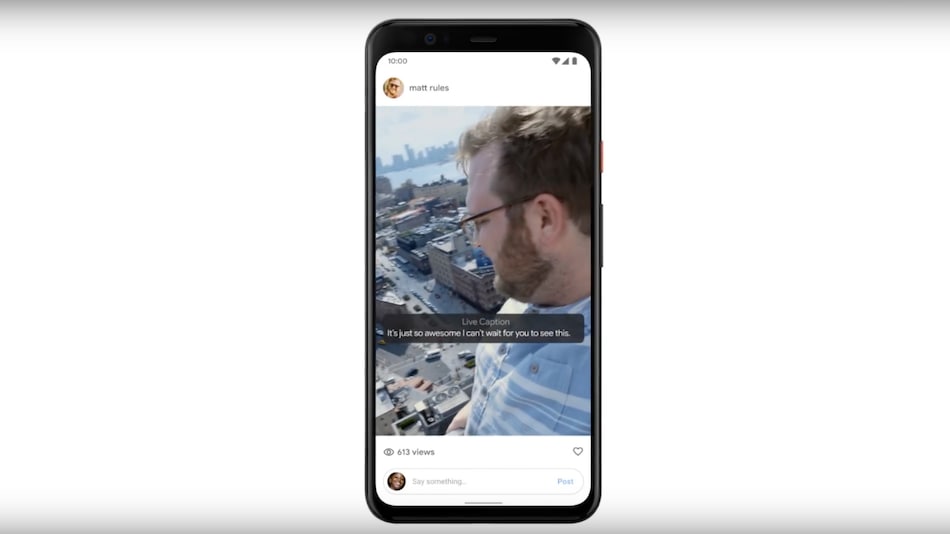 Currently, Live Caption is only available for English on Pixel 3, Pixel 3a and Pixel 4 devices

If a certain commit on the Chromium Gerrit is to be believed, then we might see the Live Caption feature soon making its way to computers. It is believed that the feature that was initially introduced as a Pixel 4 exclusive, is under development and we may soon get to see it on the Google Chrome browser. For those who don't know, Live Caption proves to be handy in noisy environments as it automatically captions the media playing on your smartphone. As of now, Live Caption is only available for the English language on the Google Pixel 3, Pixel 3a, and Pixel 4 devices running Android 10.

According to the code carried out on Chromium Gerrit, it looks like that developers at Google are planning to bring the Live Caption feature to the Chrome browser. Looking at this code, this commit is for Speech On-Device API (SODA) service, and it contains all of the necessary components to launch the service, though it is still in its early stages of development. The description says, “This CL creates a sandboxed service that hosts the Speech On-Device API (SODA). It contains the components required to launch the service from the renderer process, but the implementation of the service itself is stubbed out. The design document for the feature is located at: go/chrome-live-captions.”

The commits were first spotted by Chrome Unboxed. Looking at the commits, it appears Live Caption is making its way to desktops via the Chrome browser. And then users can simply use the feature to transcribe videos, podcasts, or any other media content on the Web. But, then again Google on its part hasn't confirmed anything officially, so we'll suggest you take all of this with a grain of salt and just hope that the feature soon becomes available for the Web in its stable form.