Google Messages has reportedly used face emojis instead of symbols in some cases. 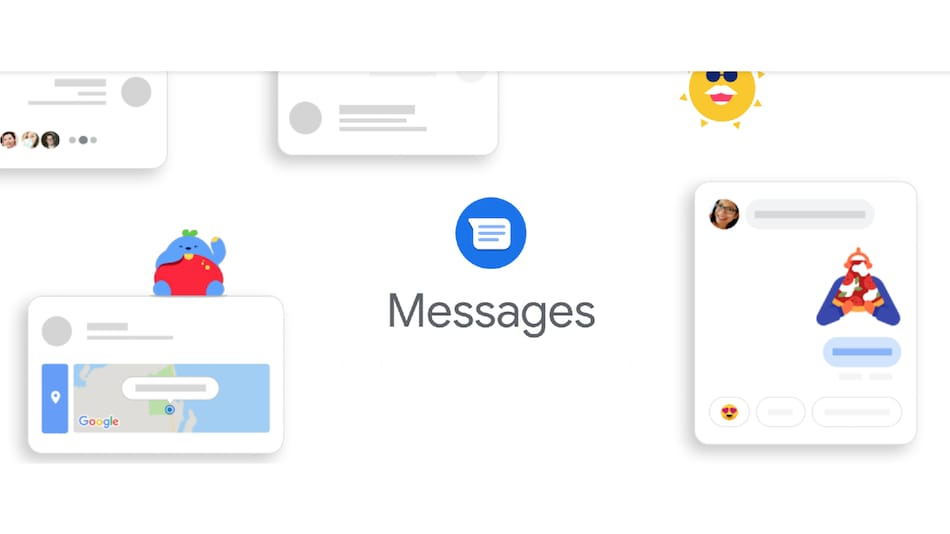 Google is testing out an iMessage reactions feature in the beta Messages app for Android. The feature is being developed to translate iMessage reactions, officially known as Tapbacks, sent by iPhone users when responding to an SMS or MMS. Prior to this update, Google Messages used to depict plain texts like 'Loved' instead of the emoji reaction sent by the iPhone user. Now, the reaction emoji will appear in the bottom right corner of the text bubble, similar to the iMessage interface.

As reported by 9to5Google, the new iMessage reactions feature is currently available to a limited number of users who are testing out the beta version of Google Messages. There are reportedly some discrepancies with the emoji translations. Google has decided to use face emoji for some symbols, which is believed to be sending out a different meaning from what was intended by the iPhone user. The iMessage 'Heart' is translated to the 'Smiling Face with Heart-Eyes' emoji, and the question mark gets converted to the 'Thinking Face'. Rather than the straightforward meaning of the Tapback, these emoji transitions are believed to be conveying a more playful message.

The Google Messages emoji conversion for iMessage reactions is activated by default in the beta version, as of now. Users can choose to manually turn off the 'Show iPhone reactions as emoji' by going into the Advanced section of the Settings overflow menu of Google Messages. Furthermore, Android users can tap on a reaction to check whether it was 'Translated from iPhone' along with the sender's name, which might be a useful feature for group chats.

Telegram in December also announced the introduction of emoji reactions for Android and iOS. This feature rolled out as part of an update that brought in-app text translation and support for spoiler text formatting. Telegram users were also given the ability to create 'themeable' QR codes for their groups, channels, and even bots, that can be customised using different colours.