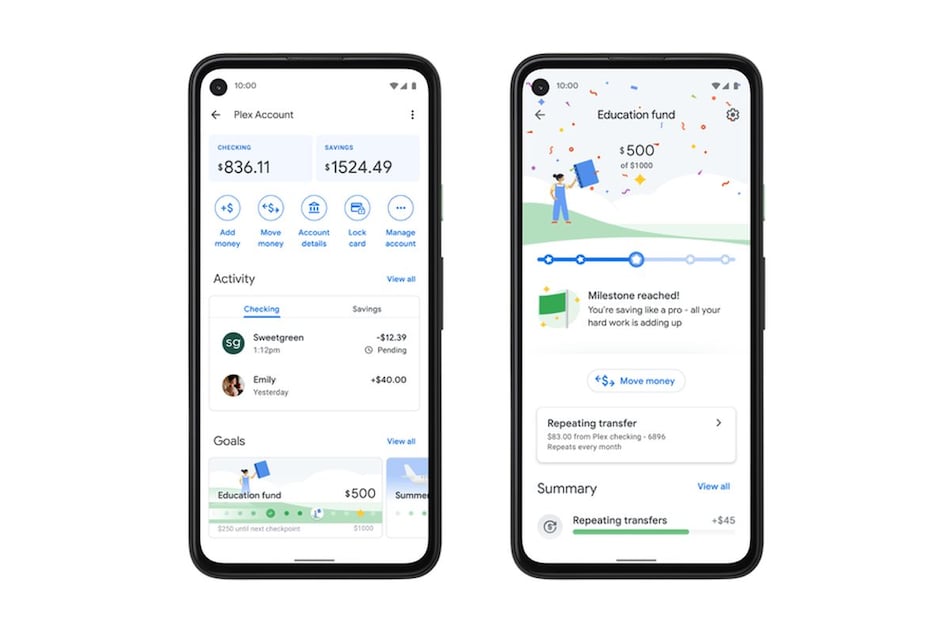 Google did not solicit customers for the service, dubbed Plex, until Wednesday

Alphabet's Google on Wednesday relaunched its US payments app, introducing paid promotions to the service and opening a waitlist for bank accounts being launched next year with Citigroup and 10 other institutions.

The new Google Pay app, like its predecessor which will be discontinued eventually, enables contactless payments in stores and money transfers. But now users can transact with groups of people, search transactions, view analytics and explore cashback offers from merchants including Burger King and Target.

Google will receive a distribution fee for those promotions, opening a small new line of revenue for the advertising giant. Transactions will not affect the ads that users see on other Google services, it said.

The new functionality brings US Google Pay up to par with its counterpart in India, where mobile payments are the norm, while escalating the global battle among tech companies, merchants and banks over consumers and their financial data.

"Our goal is to be the all-in-one app that gives users more value and control out of their money," said Caesar Sengupta, who oversees Google's payment initiatives. Pay has more than 150 million monthly users spanning 30 countries.

Alibaba, Apple, Samsung, and PayPal also offer mobile wallets aiming to be hubs for shopping and banking, with the companies battling over security and other features.

For instance, Google said its web search technology makes its app more useful for budgeting and sifting through transactions to spot granular categories such as "Mexican restaurants" or "T-shirts."

Google first discussed adding banking accounts a year ago, but did not solicit customers for the service, dubbed Plex, until Wednesday. Partners such as Citi starting next year will activate checkings and savings accounts with no monthly fees, overdraft charges or minimum balance rules.

The Citi Plex users will get free access to its network of 60,000 ATMs nationwide, the megabank said on Wednesday. The offering is Citi's first bundled savings and checking account.

The newest Plex partners include Green Dot, Seattle Bank and The Harbor Bank of Maryland.

Sengupta said one goal was "to gamify saving and make it a lot more fun."