Google Photos will no longer allow unlimited photo storage at high-quality from June 1, 2021. 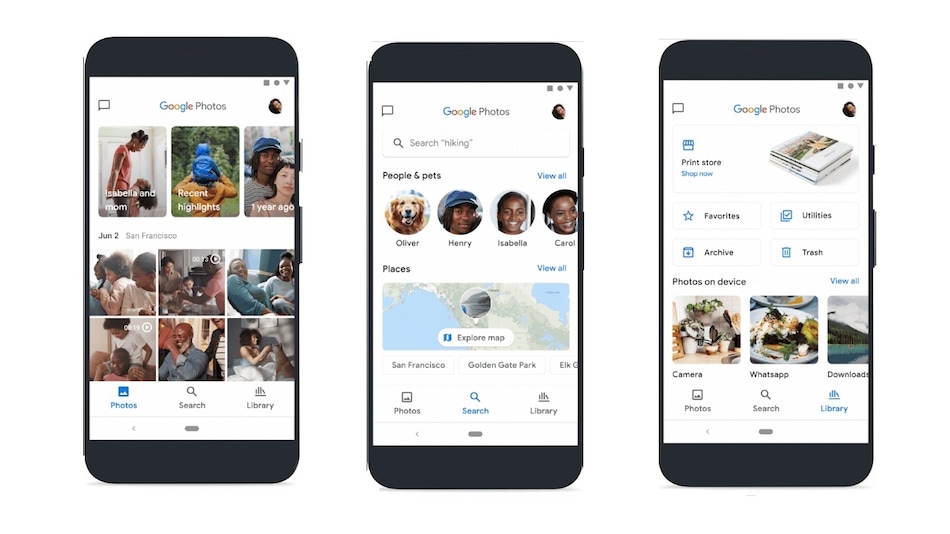 Google Photos has gained huge popularity, thanks to its free unlimited storage offering

Google Photos is ending its very enticing free unlimited storage benefit and will start charging for the storage space your photos and videos take over the 15GB quota. The new change will come into effect on June 1, 2021. It is aimed to help Google convince more people to get a paid Google One subscription that brings cloud storage for Google Photos, along with Google Drive and Gmail, of up to 30TB space. Google is additionally bringing a policy to delete data from inactive accounts that have not been signed in for at least two years.

As a result of the latest update, any new photos and videos you upload on Google Photos starting June 1 will count toward the free 15GB storage limit as part of your Google Account. Google has, however, clearly mentioned in its blog post that any photos or videos you've uploaded in ‘high quality' — and not the ‘original quality' — before June 1 will not count against the 15GB cap. Thus, the change will be effective for the uploads taking place after June 1.

Google has also given an advantage to Pixel phone users as they will be exempted from the latest change and will continue to be able to upload their photos and videos in ‘high quality' from their devices even after June 1. But unlike before, they will also not be able to access unlimited storage for their content in its original file size. Other users, who don't own a Pixel phone, have had a 15GB cap for uploading ‘original quality' photos and videos that did not apply to Pixel phones up until now. This means Pixel users will also have to compromise for storage space to some extent.

Launched in 2015, Google Photos gained huge popularity among smartphone users, thanks to the free storage benefit it offered. Google highlights in its blog post that over four trillion photos are stored on Google Photos, with 28 billion new photos and videos uploaded every week. The extensive adoption of the service also provided Google a native way to enhance its machine learning algorithms. However, it has now decided to put the free storage benefit to an end.

Google says that the new update won't bring any major change for most Google Photos users as over 80 percent of its userbase “should still be able to store roughly three more years' worth of memories” using the free 15GB storage allocation. Some alerts and warnings will also be provided through the Google Photos app once a user reaches near the limit.

A “personalised estimate” for how long your storage may last is already available through the Google Photos settings. Similarly, a tool will be available in the Google Photos app starting June that will let you manage your backed-up photos and videos. It will also surface shots that you might want to delete, including some dark or blurry photos and screenshots.

In addition to Google Photos, Google is also including Google Docs, Sheets, Slides, Drawings, Forms, and Jamboard files to the 15GB storage cap. The company has also announced a policy to delete content of accounts inactive for more than two years starting June 1.

“We will notify you multiple times before we attempt to remove any content so you have ample opportunities to take action,” the company said in an announcement.