Google One: Photos Features, Storage Plans, VPN Service, and Everything Else You Need to Know 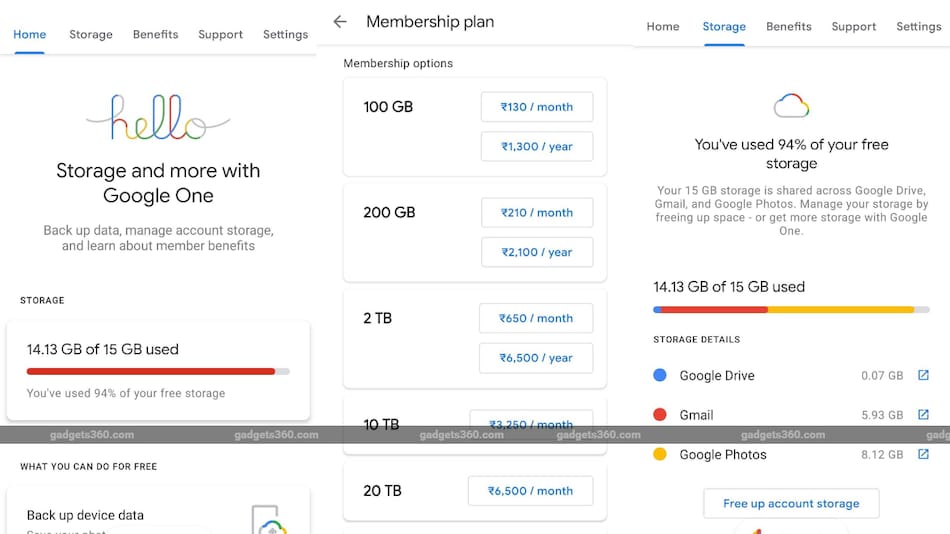 Google One storage plans in India are priced starting at Rs. 130 per month

Google One is a paid subscription storage model offered by Google, and with unlimited free storage on Google Photos now announced to be coming to an end, it's something that people are going to have to explore more. It was launched in 2018 in the US first, and was later brought to many other countries, including India. Google One is essentially the tech giant's counter to Apple's iCloud and it offers features like additional storage, family sharing, and much more. Google has also introduced new features for premium Google One members recently, including a VPN service for Android users in the US.

Here's a guide on what Google One offers, all the new features that have been introduced, and everything else that you need to know about it.

Google One storage plans price in India, US

Google One is a paid membership plan that offers users expanded storage benefits – which covers Google Drive, Gmail, and Google Photos. It also offers the ability to automatically back up your phone for ease in switching handsets, and helps in getting with experts easily for better complaint redressal. It also offers access to Google Store rewards and Google Play credits. Users can share their Google One plan with up to five family members and get extended free trials on services like YouTube Premium.

Recently, Google announced that it is ending free unlimited storage benefit in Google Photos and will start charging for the storage space your photos and videos take over the 15GB quota. The new change will come into effect on June 1, 2021. This move is aimed to help convince more people to get a paid Google One subscription.

The company mentions that any photos or videos you've uploaded in ‘high quality' (not original quality) before June 1 will not count against the 15GB cap. Thus, the change will be effective for uploads taking place after June 1. Furthermore, old Pixel phone users will be exempted from the latest change and will continue to be able to upload their photos and videos in ‘high quality' from their devices even after June 1. But unlike before, they will also not be able to access unlimited storage for their content in its original file size. Future Pixel phones have been confirmed to not offer unlimited storage benefit.

Google One to offer paid editing tools in Google Photos

Google is also reportedly adding several paid editing tools in Photos for Google One paid subscribers exclusively. For instance, it is offering a paid colour pop feature to Google One members whereing they can apply the filter on any photo – even without depth information. Currently, the feature is available for free only for photos with depth information.

Last month, Google also introduced a VPN service for specific Google One subscribers. The VPN by Google One is only available on 2TB and higher plans. A virtual private network (VPN) is designed for secure Internet usage and is used by individuals to access barred sites. With its VPN app, Google adds secure encryptions on a phone's online traffic, no matter what app or browser the user may be using. The service has launched for Android users in the US initially, but it plans to expand to more countries and to iOS, Windows, and macOS in the coming months.