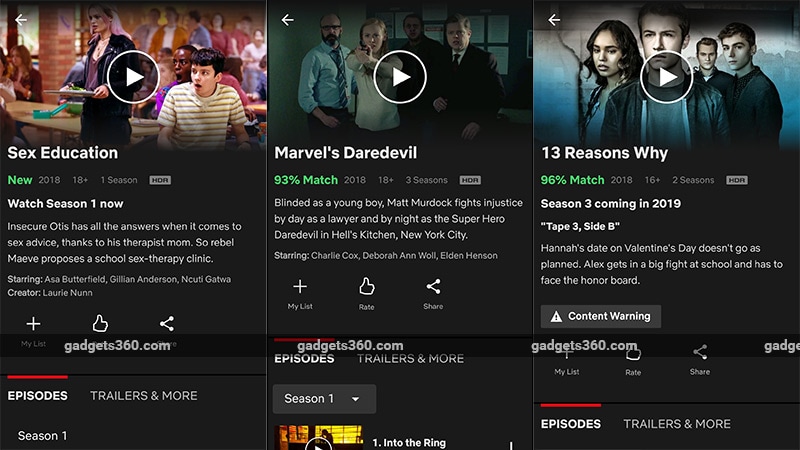 Huawei has now enabled HD and HDR support for Netflix on its Mate 20 Pro and P20 Pro smartphones. These smartphones have HDR displays and had the support for HDR since launch. Users weren't able to watch HD and HDR content on these devices since it lacked Widevine L1 support. Huawei has now added the support for Widevine L1 which enables the phones to stream HD & HDR content on Netflix. These phones also support adaptive streaming quality and licensing key exchange to protect the content from privacy.

We had recently seen another report of the Google Pixel 3 getting HDR support on Netflix. This allowed Pixel 3 users to watch HDR content on Netflix. Huawei has now confirmed that P20 Pro and Mate 20 Pro users will now be able to enjoy supported titles in HDR.

Previously, these phones only had Widevine L3 support which is the lowest level of certification. Netflix as well as Amazon Prime need the Widevine L1 Support to play 720p footage or higher, without which the output is restricted to 540p.

We checked Netflix on the Huawei Mate 20 Pro and could spot the HDR badge on titles like Sex Education, 13 Reasons Why and Marvel's Daredevil. The Huawei P20 Pro is also getting an update to EMUI 9.0 which is based on Android Pie. This new update brings gesture-based user navigation, second-generation GPU turbo and a redesigned settings menu.